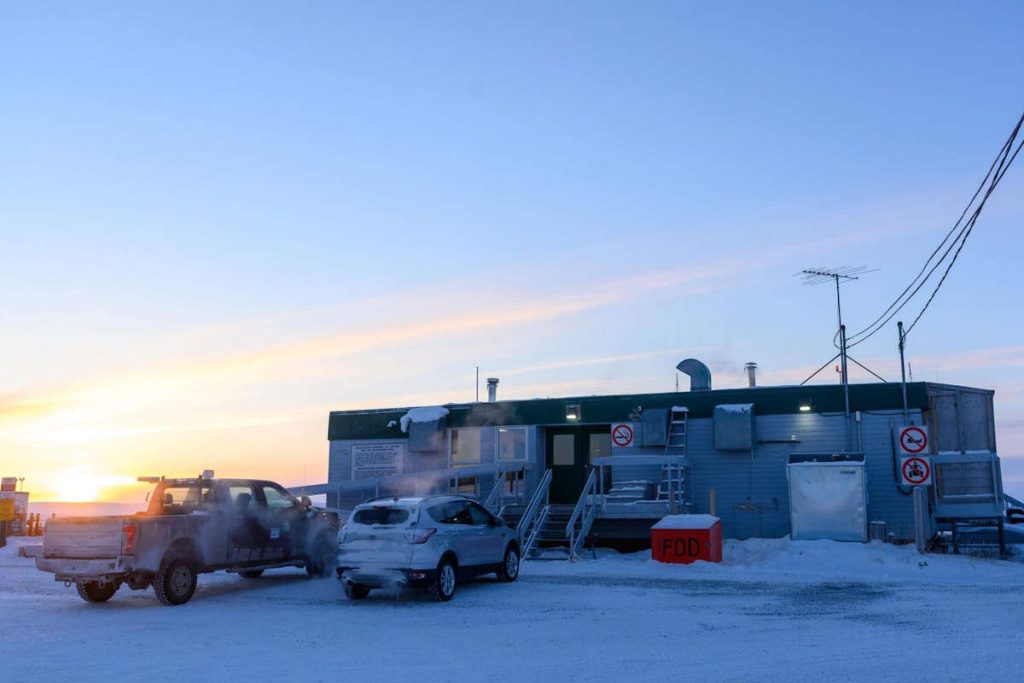 Kugluktuk’s airport will stop seeing Canadian North jets sometime this year as the company moves to use smaller planes to service the hamlet and Cambridge Bay. (Photo: Dustin Patar)

Two communities in the Kitikmeot will soon lose their Canadian North jet service, because their airports are likely years away from having paved runways.

The company said last April it would stop using its 737-200 jets as they were nearing the end of their life and it would cost too much to extend them. The airline has already pulled one Boeing 737-200 jet from its fleet.

Instead, Cambridge Bay and Kugluktuk will be serviced with smaller, ATR 42-500 turbo-prop planes because the runways in those hamlets are unpaved, which can be more damaging to jets.

“Our level of service has just gone down,” said Limousin, who is now executive director at the Nunavut Association of Municipalities.

“We’ve had empty shelves in the store because (there’s) no food and stuff coming in.”

The company originally said the second 737-200 would be decommissioned as early as this year, but spokesperson Annie Thomlinson said in an email the company hasn’t decided yet when that will happen.

Limousin said when the second jet is decommissioned, it will affect tourism, cargo and medical travel costs.

“There’s only so many seats, right? So (it’ll) delay people from going out,” she said.

The municipality’s priority is to get a paved and lengthened runway, she said, and it’s lobbying the Nunavut government for funding.

Cambridge Bay is growing and needs a reliable airport and planes, Limousin said.

Canadian North declined Nunatsiaq News’s request for an interview, but Thomlinson said ticket and cargo prices for the region will not rise due to the company’s decision to pull its jets.

She said there is at most a 10-seat difference between the turbo-prop planes and the jets.

Meanwhile, in Kugluktuk, deputy Mayor Nadene McMenemy said paving the runways has been discussed at council meetings, but it’s costly and not a top priority.

“Paving the runway would be a very expensive undertaking, and that would need to be maintained all the time,” she said in an interview.

“It would be lovely to have, but we would need more discussion.”

Although the jets are bigger, hold more cargo and fly faster than turbo-prop planes, the community is used to the smaller aircraft and knows Canadian North will keep up service, she said.

“All the way around, the community will miss the jets,” McMenemy said. “It’s just a matter of, it’s nicer to have the jets.”