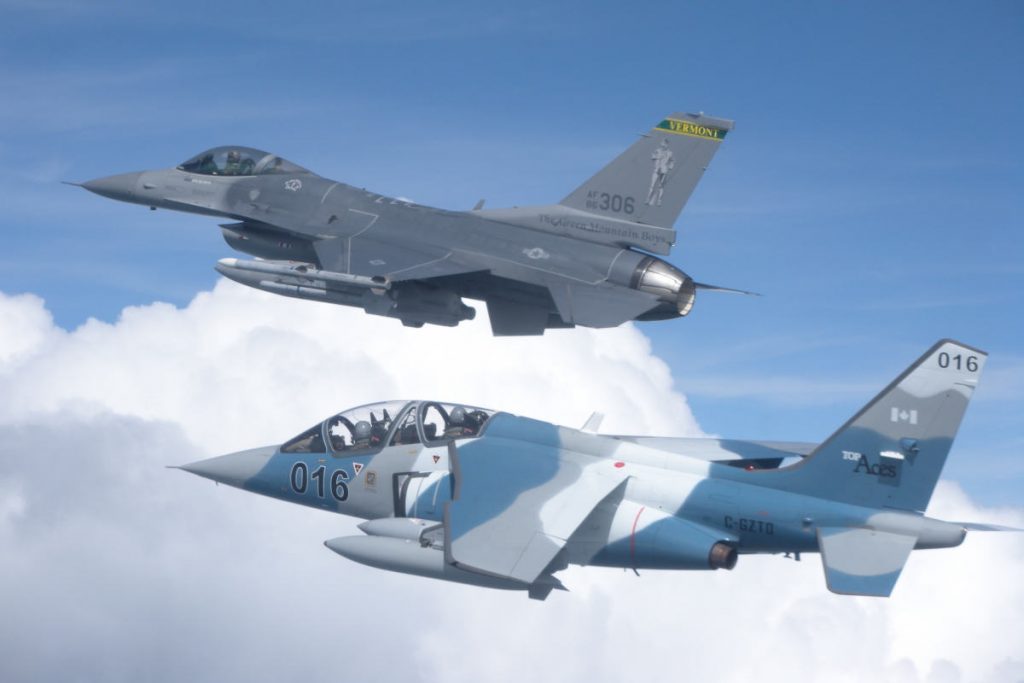 Top Aces Inc. has reached 80,000 hours of operational air combat training, stating no other adversary air provider in the world has delivered this number of flight hours carrying out live air training missions.

The milestone came on July 30, 2019, during 2-ship Red Air Support for German Air Force (GAF) Eurofighters from the Tactical Luftwaffen Wing 71 “Richthofen” in Wittmund, Germany. The pilots, Elmar “Elmo” Besold and Raimund “Lendi” Lendermann, are among Top Aces’ most experienced.

Top Aces is a provider of advanced and innovative adversary air services to several of the world’s leading air forces in Canada, Australia, Germany, and soon the United States.

“Our dedication to serving our customers as well as our motivation to always do better have allowed us to reach a record-breaking and unblemished 80,000 flight hours,” said Paul Bouchard, president and CEO of Top Aces. “We are very pleased with this milestone and are committed to continue to deliver the next generation of highly-representative adversary air to all our customers worldwide.”

Top Aces explains it has a flexible offering ready to meet growing client needs with a current fleet mix of Dornier Alpha Jets, Douglas A-4 Skyhawks, Learjet 35As, Westwinds and a future fleet of F-16s. The company has further expansion plans before the end of this year.

“We are extremely proud to announce this exciting accomplishment for our company,” said Russ Quinn, chief commercial officer, Top Aces. “Our vision remains to be the most trusted provider of advanced air combat training solutions by delivering industry-leading standards of safety, airworthiness and operational excellence.”