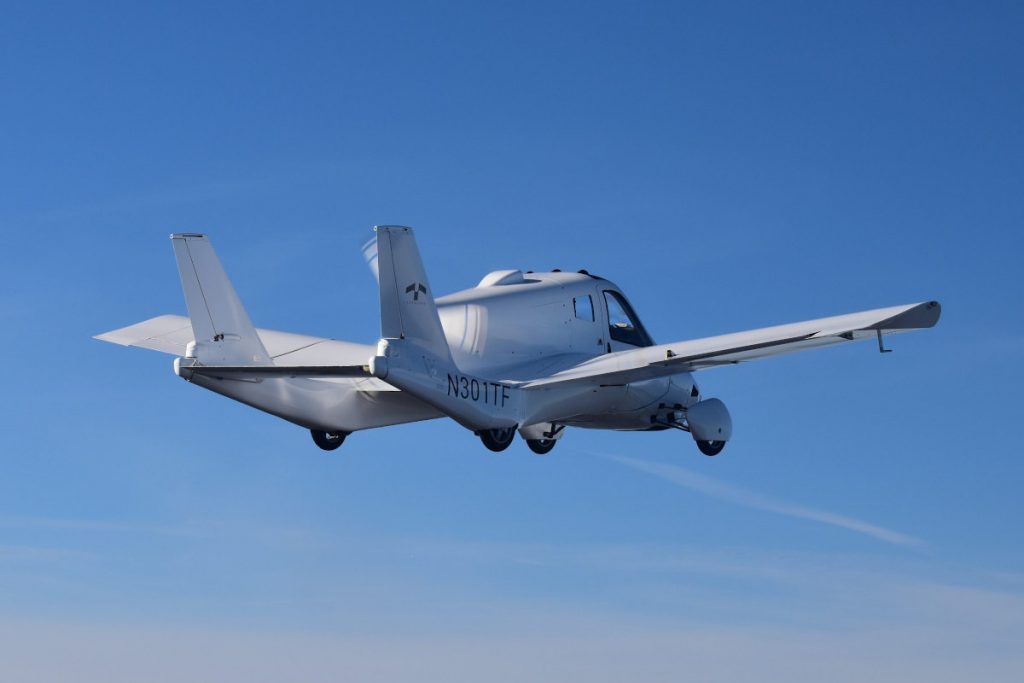 The Terrafugia Transition is powered by a 100-hp Rotax 912iS Sport fuel-injected engine with a 2,000-hour TBO. (Photo: Terrafugia Inc.)

Described as a unique integration of a two-seat aircraft and an automobile, the Transition is designed to meet safety standards from both the Federal Aviation Administration (FAA) and the National Highway and Traffic Safety Administration (NHTSA).

The vehicle that received the certificate is legal for flight and represents the initial version of the Transition roadable aircraft. Terrafugia will produce and sell additional initial (flight-only) versions to interested parties and will evolve the driving portion of the Transition design, with the goal of being legal both in the sky and on local roads in 2022.

“We are excited to have reached our goal of an airworthiness certificate for the initial version,” said Kevin Colburn, Vice President and General Manager of Terrafugia. “During an extremely challenging pandemic year, our team remained focused, improved our quality system, completed the critical aspects of the design, built the vehicle, completed 80 days of flight testing, delivered 150 technical documents, and successfully passed the FAA audit.”

The initial version of the Transition aircraft is powered by a 100-hp Rotax 912iS Sport fuel-injected engine with a 2,000-hour TBO. The vehicle has a flight speed of 100 mph and runs on either premium gasoline or 100LL airplane fuel. Standard features include a Dynon Skyview avionics package, a BRS airframe parachute, four-wheel hydraulic disc brakes, a rigid carbon fiber safety cage, and folding wings to allow storage in a single-car garage.