Having grown a chain of franchised variety stores from 1945, Sam Walton figured that the time was right to introduce a new business model to the merchandising industry. In July 1962, he opened his first discount store and named it Wal-Mart Discount City. His goal was straightforward: help people save money and live better by making available items that they required and/or desired at attractive prices. More than half a century later, there is unequivocal evidence that his intuition was spot on. 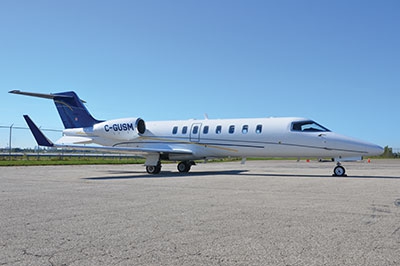 Today, the Walmart organization is a global force that employs 2.2 million “associates” at 11,000 stores in 27 countries. With annual revenues of $473 billion, it is by far the world’s largest retailer. The products that it sells include food, beverages, electronics, movies, cameras, music, books, eyeglasses, pharmaceuticals, automotive accessories, hardware, paint, sporting goods, fabrics, clothing, shoes, jewelry and home furnishings. The incumbent corporate leaders in each of these 18 product silos have taken note that whenever Walmart has entered markets, they have historically controlled them.

Unlike the major traditional North American retailing companies (such as Bergdorf Goodman, Macy’s, Neiman Marcus, Saks Fifth Avenue and Sears in the U.S, and Eaton’s, Simpsons and Woodward’s in Canada) that were founded in large cities, Walmart’s roots are rural. It’s no surprise then that its global head office remains in Bentonville, Arkansas – a city with a population of almost 40,000.

The company’s goal of bringing a diverse range of products to smaller communities has resulted in an ever-expanding commercial footprint. Overseeing such an enormous enterprise requires the constant movement of personnel. This isn’t a recent revelation at Walmart, as it has been an integral part of its culture since the beginning.

“Mr. Sam,” the founder, believed in visiting all of his stores in order to interview staff and customers. That way he could keep abreast of changing patterns of demand and continually improve his operational techniques. To that end, he purchased his first aircraft in April 1954. The eight-year-old Erco 415-C Ercoupe (N2623H) cost $1,850. The two-seater had a MTOW of 1,260 pounds and a 75HP Continental that enabled a cruise speed of 110 MPH.

Walton used it to visit his stores located in small communities that lacked scheduled air service. Surface transportation by train, bus or car was simply too slow and inconvenient. He also used the aircraft to locate properties for future stores.

The tiny twin-tailed time machine was sold in September 1956 and replaced with a four-seat Piper PA-22-160 Tri-Pacer. It would later be supplanted by a six-seat Piper PA-23-250 Aztec. A dedicated flight department was created in 1969 and since then the fleet has grown in lockstep with the company’s travel demands.

Today, Walmart Aviation’s main base (KROG) at Rogers, Arkansas, is the home to a dozen jets including a Learjet 31A, five Learjet 40s, four Learjet 45s, a Global Express and a Gulfstream G650. The 10 Learjets are active across the U.S., while the two latter models perform long-haul international missions. Rounding out the Bombardier-dominated fleet is a Learjet 35A in Sao Paulo, Brazil and a Learjet 45 in Toronto.

Walmart expanded north of the 49th parallel in 1994, when it acquired the 122-store chain of Woolco stores across Canada from the F.W. Woolworth Company of New York. During the past 20 years, the Canadian unit has grown to include approximately 390 stores that employ about 90,000 associates who generate roughly $23 billion of annual sales.

Walmart Canada has operated aircraft since January 1995, when it acquired a Gulfstream American 695A Commander 1000 (C-GMMO). A Learjet 35A (C-GMMY) was added in April 1997, then in early 2000, the turbo-prop was replaced by a second Learjet 35A (C-GMMA). In August 2010, the two Lears were replaced by a Learjet 45 (C-GUSM). Its registration is said to depict the company’s ethos: “You Save Money.”

The LJ45 was six years old when purchased and had only one prior owner. In addition to its reasonable acquisition price, the airplane provides a seat capacity, cruise speed, range and runway performance that matches the mission profiles that it flies.

Like that of its parent, Walmart Canada’s managerial methodology mandates the movement of personal to meet with store managers and customers across the country. As new sites are always under consideration and reviewed prior to approval, real estate and financial specialists have to travel as well. As a result, the annual utilization of the Lear 45 is approximately 700 hours.  The dispatch rate this year has been an impressive 99 per cent, a slight improvement over the 98.5 per cent experienced last year.

While capable of cruising at Mach 0.78, its pilots ease back on the throttles in order to maintain M.76 en route. By doing so, the jet consumes 23,000 fewer litres of fuel per year. That makes both economic and ecological sense.

The interior of the Lear 45 is configured with eight seats in a double-club arrangement, plus a belted toilet that is used when traffic levels on short legs dictate. Thanks to its Aircell system, the aircraft is Wi-Fi capable. That means that even though its occupants are out of the office, they are never away from the office above FL100.

The average flight has seven or eight passengers aboard, resulting in a load factor of about 88 per cent. A typical schedule would see the jet operate three to four segments within a day. As the aircraft is used for corporate purposes only, it tends to operate only during the week. This leaves weekends free for maintenance work to be performed.

Contrary to how the general public often characterizes the use of corporate aircraft, the Walmart machine is not solely the preserve of the company’s most senior officers. Any team of associates with an appropriate business case can request the use of the jet. Demand has been such that reservations are now being made months in advance.

Walmart Canada’s flight department is headed by Anthony Norejko, who joined as a pilot in 2006, became chief pilot in 2008 and was appointed Director Travel Services and Aviation in 2009. His team includes four additional pilots, an operations scheduler and a maintenance manager. While most maintenance is performed in-house, the company works with vendors that provide “most favoured customer” pricing on time sensitive or scheduled checks. Speaking of maintenance, Walmart Canada was honoured twice by the Canadian Business Aviation Association in 2013 when it won the Aircraft Maintenance Safety Award and the Company Safety Award.

The costs associated with the operation of its airplane are not taken lightly at Walmart Canada. Depending on variables such as the number of people travelling at the same time, the distance to a particular  destination, the time required on the ground between flights and other factors, scheduled air service can be a viable option to the use of the company jet. While the acquisition price of an aircraft is important, so are operational issues such as fuel consumption and passenger loads in justifying the ownership and use of an aircraft.

Productivity is another key metric used to measure the value of the airplane. Walmart Canada performs a cost benefit analysis for every segment that it operates. It calculates the time saved by flying into airfields that are closer to the ultimate destination of those aboard, as well as the time that would be consumed getting to meetings in rental cars and/or wasted waiting for delayed flights in airport terminals. Walmart Canada estimates that every time its Learjet gets airborne, it saves 3.7 business days of employee time. Factoring in the average remuneration of the passengers aboard a given flight, the company determines the financial benefits realized in addition to the enhanced productivity achieved.

When asked to describe the purpose of Walmart Canada’s flight department, Norejko explained, “Put simply, we transport our associates to get closer to our customers and business. We do this through a commitment to safe, reliable and efficient transportation. Sam realized very early on that the use of corporate aircraft provides a competitive advantage to our business by getting our teams closer to our customers and our stores.”

As for how the future might look for his operation, he notes that the company is currently analyzing the need for another jet. Norejko adds, “As our business changes, we’re always willing to re-evaluate our fleet composition. If your business case makes both ‘sense and cents,’ our company has been willing to act. We hope to add an additional aircraft to meet the demands of our business.”

By bringing a wide array of reasonably priced goods and services to an ever-expanding customer base around the globe, Walmart continues to be one of the world’s most dynamic corporations. From its earliest days, the effective use of aircraft has been a key part of the company’s operational strategy. Having completed 20 years of successful operations, Walmart Canada’s flight department can be expected to continue its vital role in future decades.