News
A Webster Trophy Finalist’s View Of The 2008 Competition 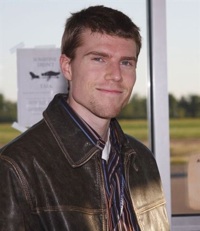 In the Canadian Aviation Museum - not far from Canada’s first aircraft, the Silver Dart – there is an unassuming trophy on display.

In the Canadian Aviation Museum – not far from Canada’s first aircraft, the Silver Dart – there is an unassuming trophy on display.  A person distracted by bigger and flashier things may easily walk past it and not give it a second thought, but if you lean close and read the inscription on it, you may learn something interesting…

You are now looking at the Webster Memorial Trophy, awarded every year to the top amateur pilot in Canada.  If you have a pilot’s license and haven’t flown for hire, you can apply.

And this is where I come in.

Training out of the Regina Flying Club, I was having the time of my life.  Great airspace, a short 10-minute flight to the practice area and more clear sky days than you could shake a stick at.  I even had a job working for a Cessna parts distributor right next door to the flying club, every flight student’s dream!

One day while lounging around the club, my instructor (Mike Meehan – if you want to learn to fly and you live in the prairies, track him down!) mentioned he had once been a part of a flying competition that took place annually in Canada.  Every year the location was different (this year it was being held at the Moncton Flight College), but it was a venue where amateur pilots could test their mettle against the best and brightest nationwide.  Only nine candidates would be ultimately selected – one for each province.

Having nothing to lose, I threw my name in.

It was early summer at this point and the finalists wouldn’t be selected until mid July, so I had a couple of weeks on my hands until I would find out if I was chosen or not.  I’d like to tell you I was able to put the contest out of my mind and carry on with my life – I’d also like to tell you I’m a millionaire and own my own fleet of aircraft a la John Travolta – but that’s just not the case.

I was on pins and needles the whole time.  As the selection date neared, every phone call was potentially the one, every e-mail telling me if I had been selected or not.

Finally, I got the answer I was waiting for, “Pack your bags, you’re going to Moncton!”  I was chosen to represent the province of Saskatchewan, and I was on top of the world.

Now, getting selected as a regional finalist for Webster’s is a lot like winning an all expenses paid vacation.  My flight to the competition was covered as were my accommodations thanks to Air Canada.  Even my familiarization flight for the competition was taken care of by the Moncton Flight College and the cost of my two flight tests were covered by the Airline Pilots Association!  All I had to do was show up on time and remember what that spinning thing on the front did!

And as much as I was starry-eyed when I got there, I was certainly brought back to Earth when I was sat down in a classroom with my fellow competitors and told after a short orientation to pick up my No. 2 pencil – the tests were about to begin!

The competition itself was separated into two components – knowledge and skill.  For the knowledge side of things we were given two tests, the first being a simulated flight from A to B where we would have to complete a flight plan along with all of the relevant calculations.  The second test was on general theory.

For the skill portion of the competition, it was again broken up into two sections.  The first was a cross-country flight to test departure, en route and arrival procedures.  The second flight was to test the competitor’s upper air work abilities along with landings and take-offs.

And to top everything off, at the end of this amazing week we were treated to a lavish feast, complete with presentations from COPA, the Airline Pilots Association, Air Canada, and many other distinguished guests. Now, for a pilot with little more than 200 hrs flight time to his credit to be in the same room as pilots with more than 10,000 hrs was an experience unto itself.  But as much as we were in awe of the people in attendance, there was only one thing on our minds – who came out on top?

After each of us made a good show of looking hungry, the awards were finally handed out.  The winner for this year was Sandeep Nagpal of Western Ontario and Trevor LeMarquand of Quebec became runner-up.  Along with the titles of being named best in Canada, they were also given artist signed prints of John Webster’s aircraft and brand new high-tech head sets by Sennheiser

On top of that, Sandeep was also bestowed with a beautiful medallion and, probably most amazing of all, a day with the snowbirds during one of their air shows.  We were green with envy, but he had earned it!

As for the rest of us, don’t think we walked away empty handed.  Every competitor was given a free one-year subscription to Wings, a year membership with COPA and a personalized lithograph from the Snowbird Aerobatic Team.

And although I didn’t take away top honour, I feel as though I took away something more.  No award in the world could give me the kind of kinship I found with other pilots as I did in this contest, all of who were going through a lot of the same experiences as I was.  All of us starting out into the world, not knowing where we would be next year, next month or next week, but knowing that for the time being we had this moment, and that was all that mattered.

And with everything else done, our stomachs full, our flying done, it was time to go home…away from this incredible place and back to our normal lives, continually looking over our shoulders and reflecting on what a fantastic opportunity we were given and what a wonderful experience it was.

So the next time you happen to visit the Canadian Aviation Museum, maybe you’ll come across the Webster Trophy and appreciate everything it stands for.  Maybe you’ll notice the names engraved on it and ask yourself where those aces are now…

And maybe – someday – your name will be on it too…

In the past some potential competitors have missed out because they applied too late and could not fulfill all the requirements in time.  In order to encourage timely participation an Early Bird Draw has been set up through the generosity of some of our Webster supporters.

In order to participate you must submit your application, fee and waiver prior to midnight (EST) May 31st.  The draw will take place once all those eligible have also submitted their required flight test reports which can be done anytime up to the deadline of July 15th.

At the moment Sennheiser (Canada) has donated a passive HME 100 headset valued at $350 and COPA has come through with a pair of professional pilot gloves valued at over $100. It is anticipated that additional prizes will be completed shortly at which time they will be listed on the Webster website at webstertrophy.ca .