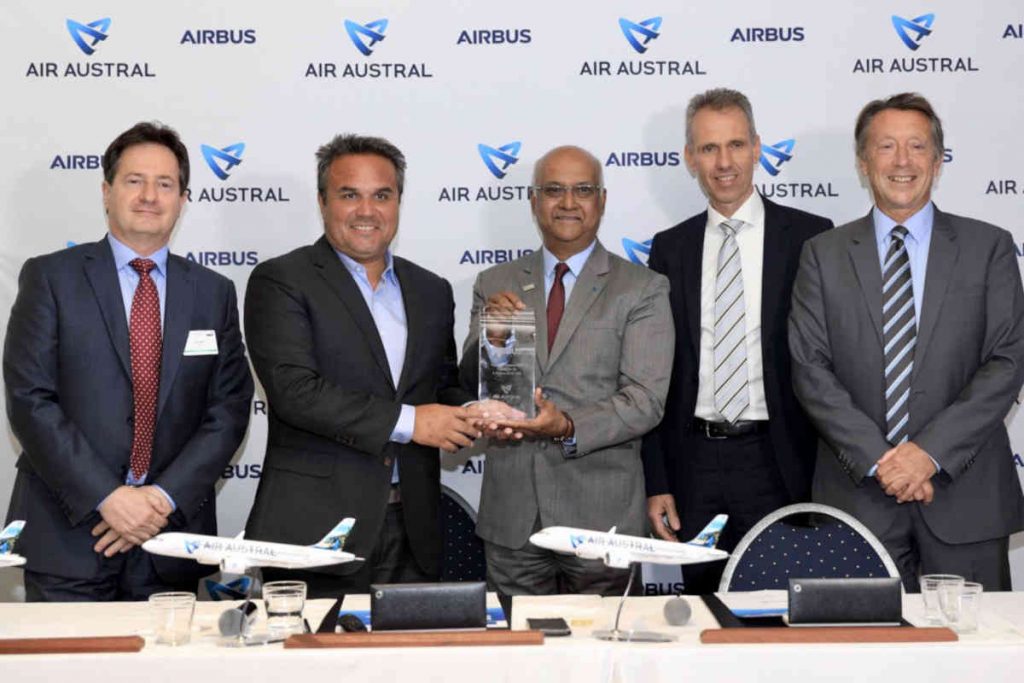 Air Austral, France’s Réunion Island-based airline, signed a firm order for three A220 aircraft, which will make Air Austral the first A220 customer based in the Indian Ocean region.

“Air Austral has chosen the A220-300 as part of the renewal of its medium- and short-haul fleet. These new-generation aircraft will join the airline from the end of 2020 with the aim of harmonising part of its fleet and strengthening its operations,” said Marie-Joseph Malé, CEO of Air Austral.”

Malé continues to explains that the performance of the A220 opens new possibilities for the development of Air Austral’s regional network from our main base in Réunion Island. “The 132-seat capacity module, which is more flexible, will allow us to increase our frequencies while offering more comfort to our customers and crews,” he said.

Airbus describes the A220 as the only aircraft purpose-built for the 100-150 seat market. The aircraft leverages Pratt & Whitney’s latest-generation PW1500G geared turbofan engines to offer what Airbus states to be at least a 20 per cent lower fuel burn per seat compared to previous generation aircraft, along with significantly lower emissions and a reduced noise footprint.