“This aircraft is a game changer for Air Canada as there is simply no rival in this category.” 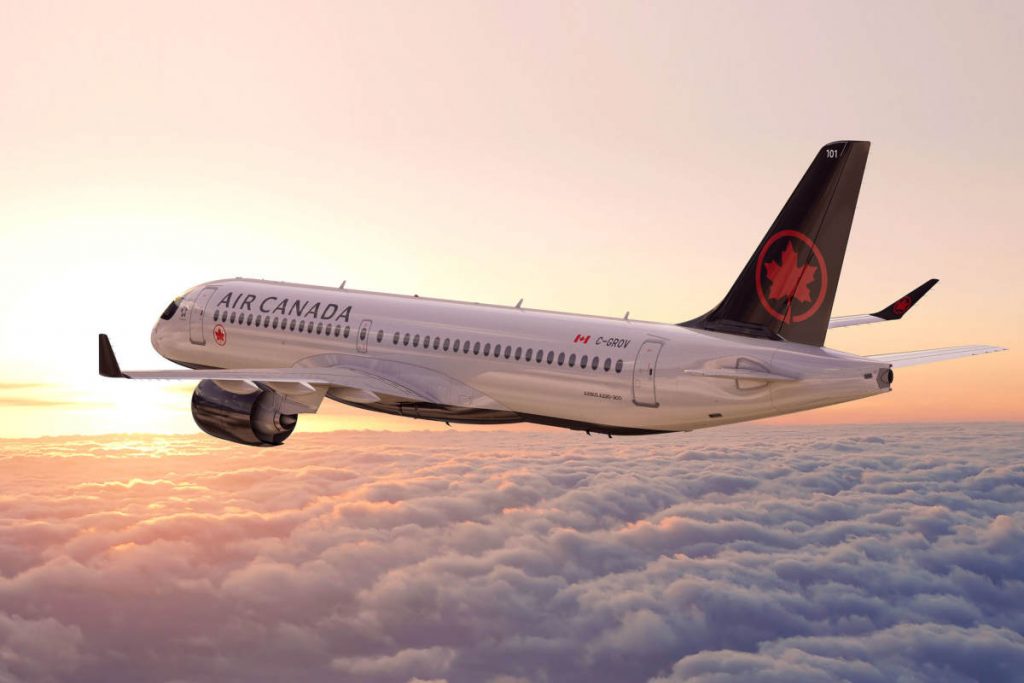 Air Canada’s first Airbus A220-300, built in Mirabel, Quebec, is scheduled to be delivered later this year. (Photo: Air Canada)

Air Canada today announced two new year-round, daily routes it plans to operate with its new Airbus A220-300 aircraft, including non-stop service between Montreal and Seattle and also between Toronto and San Jose, both beginning in the spring of 2020. The carrier’s A220 aircraft will initially be deployed from Montreal and Toronto on existing Canadian and transborder routes such as to Ottawa, Winnipeg, Calgary, Edmonton and New York La Guardia.

Built at Airbus’ Mirabel facility just outside of Montreal, Air Canada’s first Airbus A220-300 is scheduled to be delivered later this year. In addition to the 2,500 people employed in Mirabel by Airbus, the airline notes the A220 includes parts from 30 Canadian suppliers.

Air Canada will be the first North American carrier to operate the larger A220-300 version of the aircraft, which has a range of 3,200 nautical miles. The aircraft leverage Pratt & Whitney PurePower PW1500G geared turbofan engines, projected to yield a 20 per cent reduction in fuel consumption per seat and NOx emissions 50 per cent below CAEP/6 standards.

“This aircraft is a game changer for Air Canada as there is simply no rival in this category. The A220 will further strengthen our position on transborder and transcontinental markets and be instrumental in our continued growth,” said Mark Galardo, VP of network planning at Air Canada, adding the narrow-body A220 is designed to provide the comforts of a widebody aircraft. “The two routes announced today are the first of many future possibilities as the A220 will allow us to further develop our North American network.”

The carrier also released the first images of its two-class – business and economy – Airbus A220-300 cabin interior, which will have a total of 137 seats: 12 in a 2×2 configuration in Business Class and 125 in a 3×2 layout for Economy passengers. Every seat on the A220 features a Panasonic eX1 in-flight entertainment system with more than 1,000 hours of content (available in 15 languages), including access to Bell Media’s premium entertainment service, Crave, and Canadian-based multi-platform audio service, Stingray. 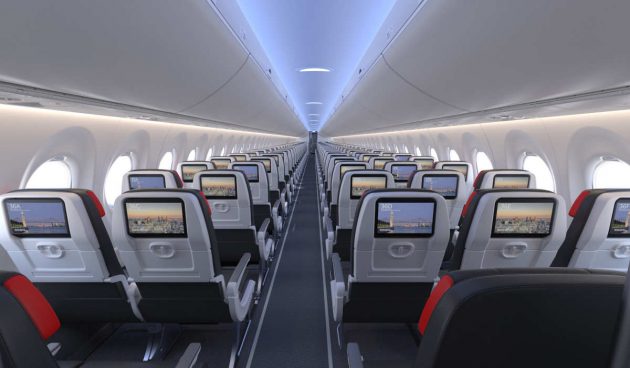 Air Canada’s A220 aircraft will also be equipped with satellite-based high-speed connectivity for Wi-Fi access with USB A, USB C, and AC power available to every passenger. Air Canada states its A220 aircraft feature the widest economy seats in its fleet, as well as what it describes as the largest overhead stowage bins for an aircraft this size. Additional features of the aircraft include larger windows and full-colour LED ambient and customizable mood lighting.

Air Canada will begin what are currently scheduled to be the only daily year-round flights to Seattle from Montreal on May 4, 2020. It will be the 153rd direct destination served from Montréal–Pierre Elliott Trudeau International Airport (YUL). The airline states the flights are timed to provide connectivity in Montreal to and from Europe and North Africa, including Casablanca, Paris, Nice, Lyon, Algiers, London, Frankfurt, Geneva, Rome, Dublin and more. Canada’s only year-round, daily service to San Jose from Toronto are also expected to start year on May 4, with flights timed for connections to other Silicon Valley cities.

Tickets to fly on the Air Canada’s A220 aircraft are already available, including what the carrier describes as special introductory fares from Montreal to Seattle (starting at $315 one-way) and from Toronto to San Jose (starting at $297 one-way) being offered until August 28 – for travel between May 4 and July 31, 2020.