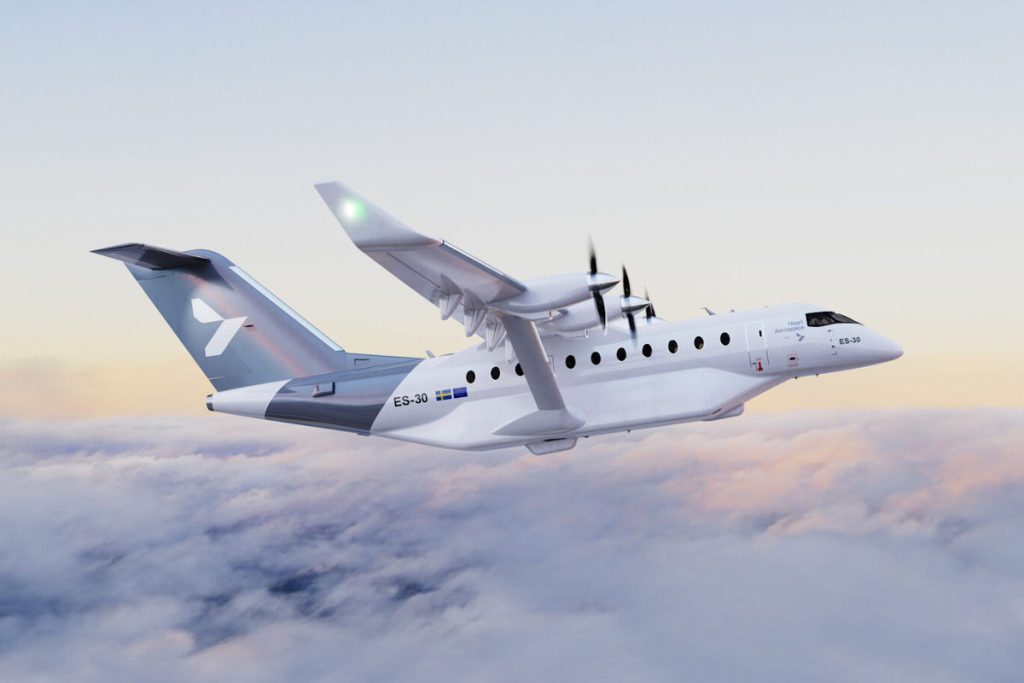 Previous orders for Heart Aerospace's ES-19 electric airplane, placed by United Airlines and Mesa Air Group for a total of 200 electric aircraft with an option for an additional 100 planes, are reconfirmed for the updated ES-30 design. (Image: Heart Aerospace)

The purchase price of the regional aircraft was not disclosed.

Air Canada has also acquired a US$5-million equity stake in Heart Aerospace under the agreement.

The ES-30 regional aircraft, which will be capable of carrying 30 passengers, is expected to enter service in 2028.

Air Canada says the aircraft will be powered by lithium-ion batteries and equipped with reserve-hybrid generators that can use sustainable aviation fuel.

The airline says the ES-30 is projected to have an electric range of 200 kilometres that extends to 400 kilometres with power supplemented by the generators.