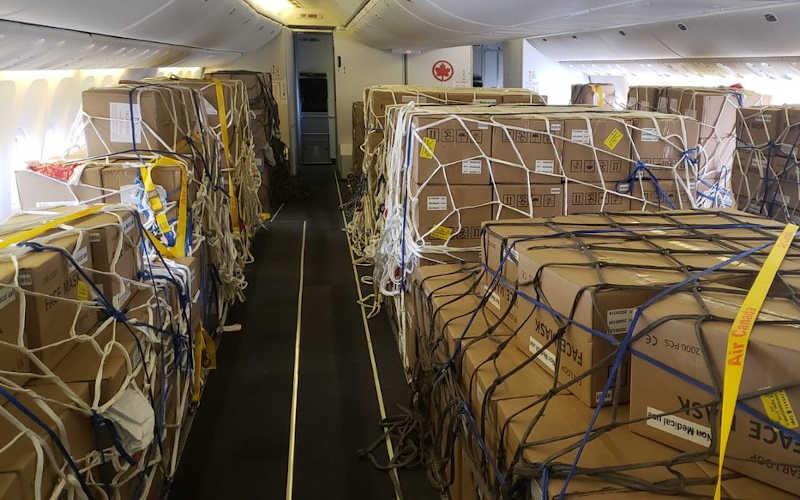 Air Canada on April 20 noted the special flights it has been operating in collaboration with the Government of Canada are drawing to an end. This government-tied program alone, which began March 21, has repatriated approximately 6,600 Canadians from Morocco, Spain, Ecuador, Peru, Algeria, Argentina, and Colombia.

“Over the past few weeks, we have mounted one of the largest repatriation operations of Canadian travellers stranded abroad in the country’s history… We faced unprecedented obstacles, from airspace closures to tight travel restrictions,” said François-Philippe Champagne, Minister of Foreign Affairs. “Air Canada played a vital role in bringing thousands of our fellow Canadians home. I want to thank all those who worked day and night to make this major undertaking possible.”

In total, Air Canada operated 21 special flights using wide‑body aircraft in close cooperation with Global Affairs Canada, including seven flights from Lima, four from both Quito and Algiers, three flights from Casablanca, and one flight each from Barcelona, Bogotá and Buenos Aires.

“Overnight, the COVID‑19 crisis struck the entire planet in unprecedented ways and thousands of our fellow Canadians found themselves stranded abroad as a result of the numerous restrictions quickly imposed by various governments,” said Ferio Pugliese, senior VP, Air Canada Express and Government Relations at Air Canada. “Heartfelt thanks must first be given to our crews, who agreed to be on the front lines to support these thousands of people eager to get home to be among their loved ones during these difficult times.”

Air Canada, despite a reduction in its network approaching 90 per cent, also continues repatriation efforts on its regular commercial flights. Since March 15, the airline has brought more than 300,000 passengers back to Canada from Asia, Europe, Caribbean/South America and the United States. This included Canadians repatriated from India, South Africa, Croatia, Serbia and the UAE through its London-Heathrow air link.

Through Air Canada Cargo, Air Canada continues its operations to transport medical supplies and essential goods. Since March 1st, it has carried nearly 250 tonnes of personal protective equipment (PPE) across the country. The first flight full of freight on Air Canada’s converted Boeing 777-300ER aircraft arrived on April 18 from Shanghai via Narita with more than 20 tonnes of face masks, many for Canadian front-line health care workers.

Air Canada has operated 106 all-cargo flights since March 22 between Asia, Europe, South America, and Canada and plans to operate up to 20 all-cargo flights per week using a combination of the three newly converted Boeing 777s, 777s, and 787s Dreamliners, in addition to current scheduled flights to London, Paris, Frankfurt, and Hong Kong.

To date, Air Canada and the Air Canada Foundation have also donated 14,118 kg of food items originally intended for Air Canada flights, the equivalent of nearly 31,000 meals to be redistributed to help support Canadian families in need. This national food rescue effort through Second Harvest has directly supported 17 organizations across the country from Vancouver to Halifax, including Leduc & District Food Bank, Leftovers Foundation, DreamMind Inc., among several others.