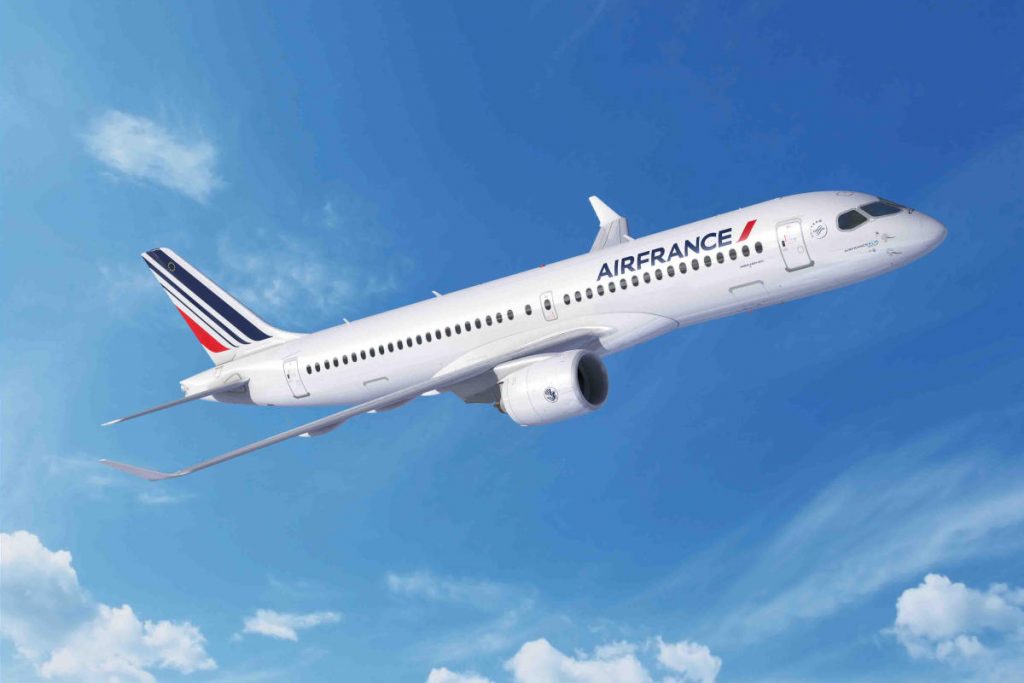 The Air France–KLM Group signed a Memorandum of Understanding for the purchase of 60 A220-300 aircraft to modernize its fleet. The A220s are intended to be operated by Air France.

“[The A220-300 is] perfectly adapted to our domestic and European network and will enable Air France to operate more efficiently on its short- and medium-haul routes,” said Benjamin Smith, CEO of the Air France-KLM Group, who also noted the aircraft aligns with Air France–KLM’s overall fleet modernization and harmonization strategy.

Air France currently operates a fleet of 144 Airbus aircraft as Airbus CEO Guillaume Faury described the airline as a long-standing valued customer. “We are committed to supporting Air France with our A220 by bringing the latest technologies, efficiency levels, and environment benefits,” he said. “We are delighted to embark on this partnership and we are looking forward to seeing the A220 flying in the Air France colours.”

Airbus describes the A220 as the only purpose-built aircraft for the 100-150 seat market, providing widebody passenger comfort in a single-aisle aircraft. The aircraft leverages Pratt & Whitney’s new-generation PW1500G geared turbofan engines to provide, according to Airbus, at least a 20 per cent lower fuel burn per seat compared to previous generation aircraft.