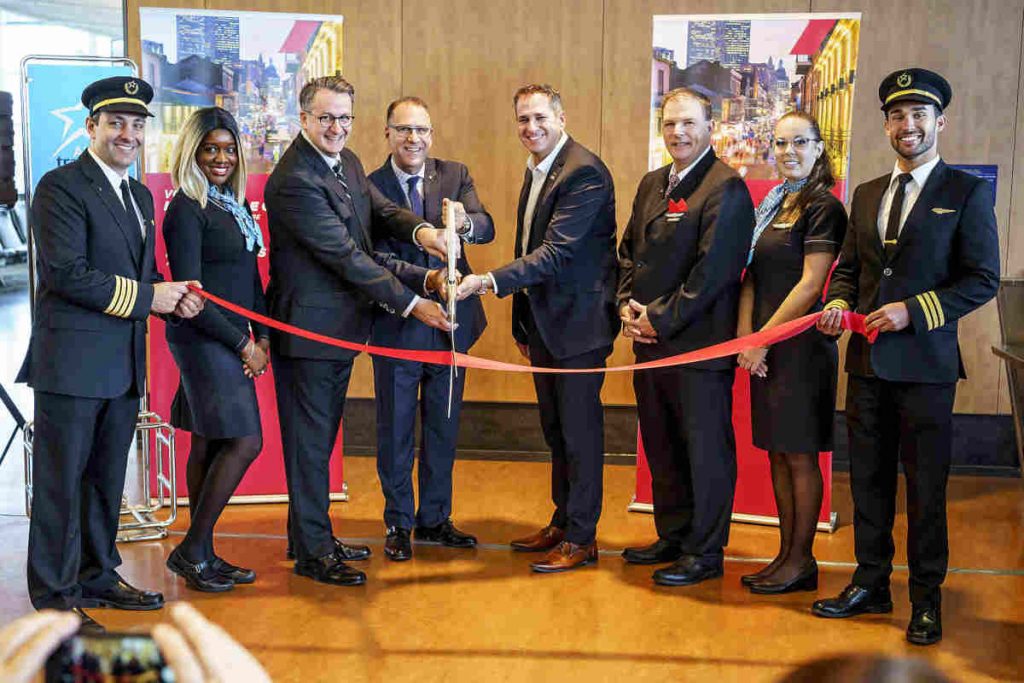 To mark the first flight, the 157 passengers on flight TS998 were greeted at the Montreal airport before departure by Jean-François Lemay, president and general manager of Air Transat; Joseph Adamo, chief distribution officer of Transat; and Stéphane Lapierre, VP, airport operations and air services development of Aéroports de Montréal. Lemay and Adamo then continued on the flight.

“We’re thrilled by our arrival in the Louisiana market and, especially, to be the only airline that provides Quebec travellers with easy access to a city we feel a kinship with, given its French heritage,” said Lemay. “We’re also giving our passengers another great vacation option by adding a city famous for its nightlife, music and cuisine.”

In New Orleans, Kevin Dolliole, director of aviation for Louis Armstrong Airport, was on hand to welcome the passengers on the first flight. “[We are] excited about the timing of this inaugural fight as we prepare to open the new MSY Terminal on November 6,” said Dolliole. “The new MSY will create a much greater experience for Montreal visitors and a much more efficient home for Air Transat, incorporating new technologies and state-of-the-art amenities.”