The first Airbus A330-800 development aircraft, MSN1888, completed first flight on November 6, 2018, at Toulouse-Blagnac Airport in France, as this shorter-fuselage member of the A330neo series initiates its certification campaign. Airbus expects A330-800 certification in 2019 based on a development program that will include approximately 300 flight-test hours. 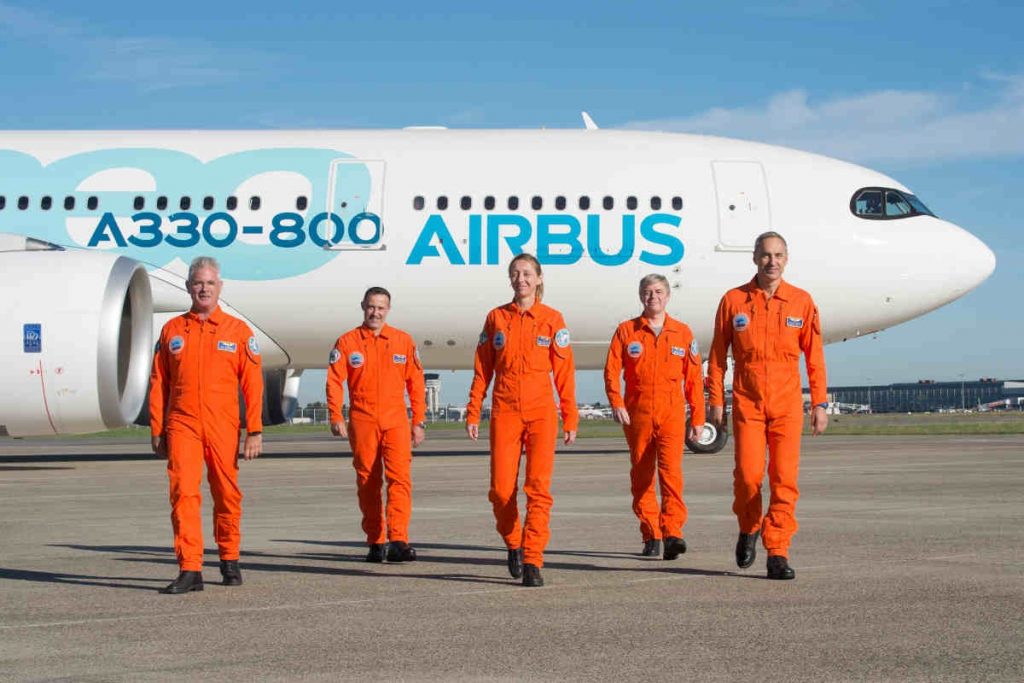 The initial evaluation flight of the twin-engine, widebody A330-800 lasted for four hours and four minutes. As the second member of the A330neo Family, the A330-800 joins the longer-fuselage A330-900 variant, which will soon enter airline service with launch operator TAP Air Portugal.

The A330-900 recently completed its development testing and certification program, which validates the A330neo family’s common engines, systems, cabin, flight and ground operations. At the end of September 2018, Airbus’ orderbook includes 14 customers who have placed orders for a total of 224 A330neos.

The A330-800 and A330-900 are described as sharing more than 99 per cent commonality, including the same type rating with the other members of Airbus’ A330 Family. Additionally, these two A330neo aircraft have a common type rating with the A350 XWB to help with pilot transition among these widebody Airbus aircraft.

Both aircraft use new Rolls-Royce Trent 7000 engines, which, according to Airbus, provide 25 per cent less fuel consumption than previous generation aircraft. The A330-800 is rated for a range of up to 8,150 nautical miles (similar to the A350), enabling non-stop flights between Southeast Asia and Europe, as well as transpacific travel between Southeast Asia and the U.S. West Coast. The aircraft also share commonalities in the nacelle, titanium pylon and new wings.

“The A330-800 is an exceptionally versatile route-opener, offering unbeatable economics for airlines – encompassing everything from short- to very-long-haul widebody missions,” said Guillaume Faury, President Airbus Commercial Aircraft. “We look forward to the successful flight-test campaign, leading to certification next year.”

The A330-800 is based on the A330-200, which itself has sold more than 650 aircraft with hundreds of operators. The new A330-800 version’s range of up to 8,150 nautical miles represents more than 17 hours of flying time, according to Airbus, which covers 98 per cent of all widebody routes flown today.

Airbus explains flight this performance is made possible by the NEO’s 3D-optimized wing, Trent 7000 engines and a new optional maximum take-off weight (MTOW) of 251 metric tonnes. These systems work together to help unlock up to 1,300 nm more range versus the earlier A330-200 models.


Related
Airbus delivers first A330-900 to launch operator TAP Air Portugal
Airbus to adjust A330 production to nine a month
Airbus up to more than 1,500 orders for versatile A330
Airbus and Korean Air Aerospace partner on wingtips development