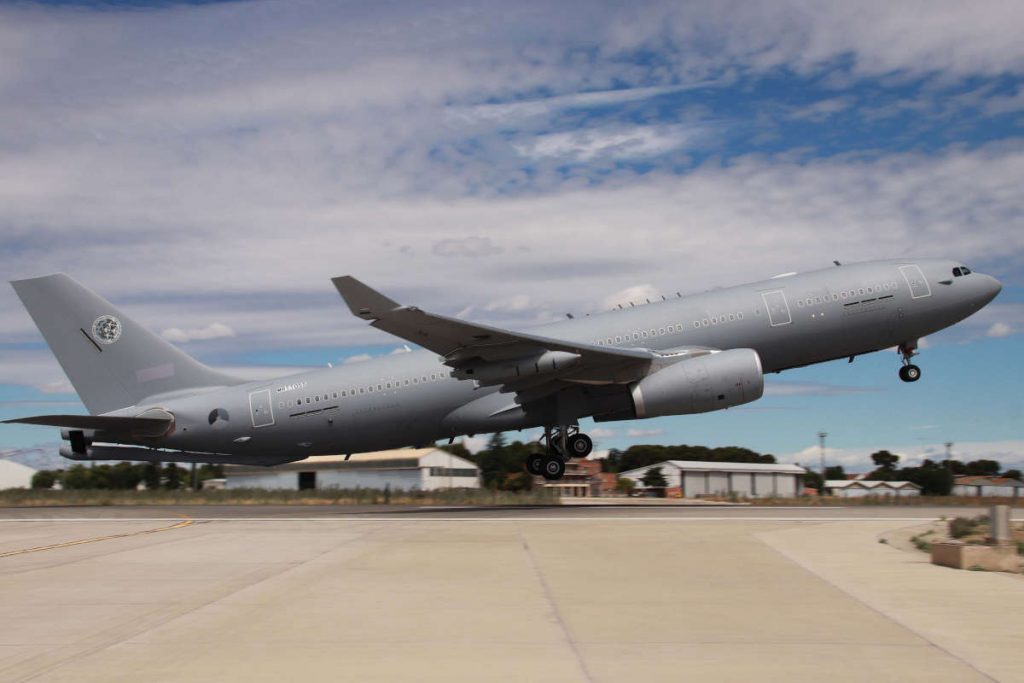 The first A330 MRTT taking off during an industrial flight performed at Getafe, Spain. (Photo: Airbus)

Airbus delivered the first of eight Airbus A330 Multi Role Tanker Transport (MRTT) aircraft ordered by the NATO Multinational MRTT Fleet (MMF) after a ceremony held at the Airbus Getafe site in Spain. Airbus states the official acceptance of this first aircraft marks a decisive milestone towards the entry into service of this multinational unit formed by the Netherlands, Luxembourg, Norway, Germany, Belgium and the Czech Republic.

The aircraft was scheduled to depart on June 30 toward its Main Operating Base located in Eindhoven, the Netherlands. The MMF fleet will also operate from a second location, the Forward Operating Base in Cologne, Germany.

“The NATO MMF program perfectly represents the future of defence cooperation and shows the true success of the pooling and sharing concept,” said Dirk Hoke, CEO of Airbus Defence and Space. “As a trusted partner for the armed forces, Airbus is extremely proud to see its A330 MRTT at the forefront and ready to secure decisive capabilities and interoperability for NATO partner nations.”

The MMF program is funded by the six nations which will have the exclusive right to operate the NATO–owned aircraft in a pooling arrangement. The aircraft will be configured for in-flight refuelling, the transport of passengers and cargo, and medical evacuation operations. The European Defence Agency (EDA) initiated the MMF program in 2012.