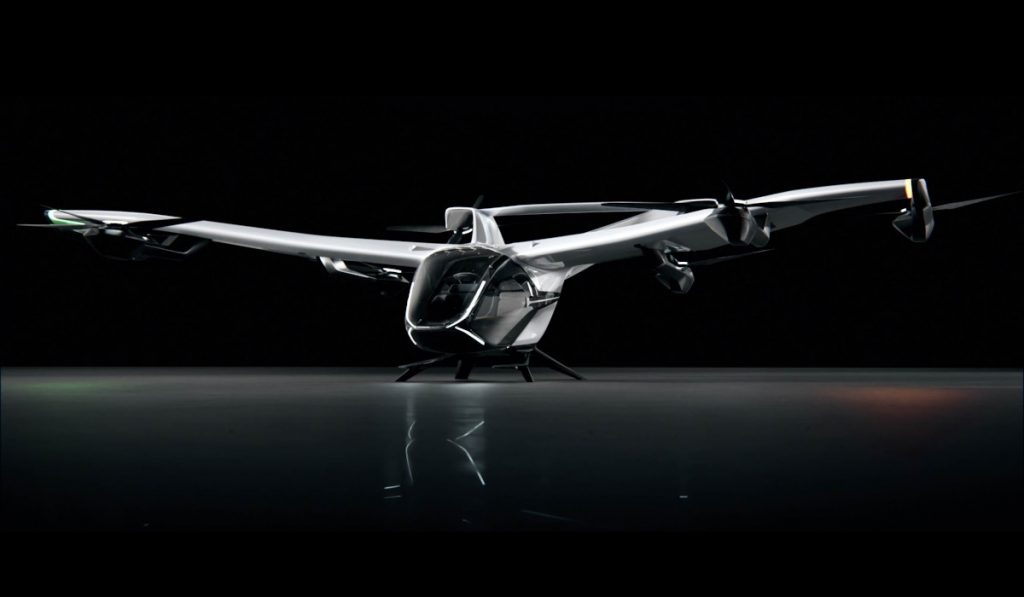 CityAirbus is being developed to fly with a 80 km range and to reach a cruise speed of 120 km/h. (Image: Airbus Helicopters/Productions Autrement Dit)

Airbus today announced plans for a new CityAirbus, under the working name of CityAirbus NextGen, focusing on the eVTOL space of Urban Air Mobility. The plans were unveiled at the company’s first AirbusSummit for what it describes as “Pioneering Sustainable Aerospace”.

CityAirbus, a fully electric vehicle is equipped with fixed wings, a V-shaped tail, and eight electrically powered propellers as part of its distributed propulsion system. It is designed to carry up to four passengers in a zero emissions flight in multiple applications.

“We are on a quest to co-create an entirely new market that sustainably integrates urban air mobility into the cities while addressing environmental and social concerns,” said Bruno Even, Airbus Helicopters CEO. “Airbus is convinced that the real challenges are as much about urban integration, public acceptance, and automated air traffic management, as about vehicle technology and business models.”

CityAirbus is being developed to fly with a 80 km range and to reach a cruise speed of 120 km/h, which Airbus explains will make it perfectly suited for operations in major cities for a range of missions.

Sound levels are a key factor for an urban mission, explains Airbus, which is leveraging extensive expertise in noise-friendly designs to drive CityAirbus’ sound levels below 65 dB(A) during fly-over and below 70 dB(A) during landing. The aircraft is being optimized for hover and cruise efficiency, while not requiring moving surfaces or tilting parts during transition. Airbus explains CityAirbus NextGen will meet the highest certification standards (EASA SC-VTOL Enhanced Category) and offer best-in-class economic performance in operations and support.

The Vahana and CityAirbus demonstrators under development by Airbus have jointly conducted 242 flight and ground tests and have flown around 1,000 km in total. Airbus also reports using extensive subscale flight testing and wind tunnel campaigns and has leveraged its computing and modelling power. CityAirbus NextGen is in a detailed design phase right now and the prototype’s first flight is planned for 2023.

“We have learned a lot from the test campaigns with our two demonstrators, CityAirbus and Vahana,” said Even. “The CityAirbus NextGen combines the best from both worlds with the new architecture striking the right balance between hover and forward flight. The prototype is paving the way for certification expected around 2025.”