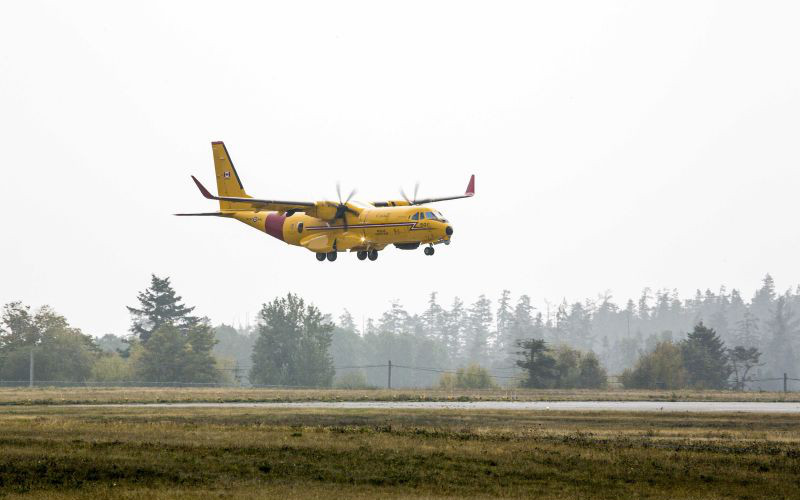 Airbus and the Royal Canadian Air Force today held an official ceremony to welcome the first Airbus C295 aircraft at the Canadian Forces Base 19 Wing in Comox, British Columbia. The aircraft arrived at the base on September 17 as the first 0f 16 C295s purchased by the Government of Canada for its Fixed Wing Search and Rescue Aircraft Replacement (FWSAR) program.

Canada’s new FWSAR fleet will operate under the name CC-295 Kingfisher. Deliveries of the aircraft are scheduled to continue until 2022. Airbus has formally delivered three CC-295 aircraft to date, the second of which is scheduled to arrive in Canada in the coming weeks.

“Despite the current pandemic, we are confident of achieving the program target of six deliveries by the end of this year,” said Dirk Hoke, CEO, Airbus Defence and Space.

The FWSAR aircraft contract signed by Canada and Airbus back in December 2016 also includes all In-Service Support elements, training and engineering services, the construction of a new training centre in Comox, and maintenance and support services.

The CC-295 Kingfisher is equipped with sensors that will allow crews to locate persons or objects from more than 40 kilometers away, explains the government, even in low-light conditions. Its communications systems will increase interoperability with other search and rescue assets, such as the CH-149 Cormorant. The fleet of 16 aircraft — represents a value of $2.4 billion — will be replacing the CC-115 Buffalo and CC-130H Hercules fleets in their search and rescue role at four locations across Canada.