“Air Canada has been steadily building its Ottawa presence in response to market demand and it now connects the capital to 23 destinations with nonstop service. This summer’s schedule provides for a 19-per-cent increase in departing capacity over the previous summer,” said Daniel Shurz, VP, network planning.
The airline has also started three nonstop flights per weekday from Toronto to Grand Rapids, Mich., and twice-daily service to Dayton, Ohio.  Both routes use 18-passenger Beech 1900D aircraft operated by Air Georgian.

Concerning new aircraft, Air Canada has been informed by Boeing of further 787 Dreamliner delivery delays. The airline had expected to take delivery of its 37 787-8s and 787-9s between 2010 and 2014. However, the first 787 will not arrive until at least January 2012. Air Canada is now evaluating its schedules for this period and may hold back expansion and look for compensation from Boeing. Boeing is informing all carriers of the delays due to a slower ramp-up in production. Boeing is now being more cautious with its previous very aggressive production timetable. Delays are expected to average around 20 months for each 787 Dreamliner.

Meanwhile, Cascade Aerospace of Abbotsford, B.C. has landed a three-year contract to perform heavy checks on WestJet’s fleet of Boeing 737NGs. The company expects to complete 32 heavy checks for WestJet by the end of 2010. WestJet’s fleet currently comprises 75 Boeing 737-600s, 700s and 800s and the airline has another 33 -700s and -800s on order, according to Ascend’s CASE database. Cascade, which also provided engineering services for WestJet, is conducting the work at its Abbotsford heavy maintenance and modification facility, and previously installed LiveTV on the carrier’s entire fleet.

Sunwing Brings the Plane to Your Door 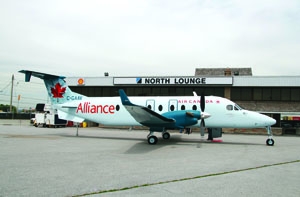 The Canadian Transportation Agency has granted Sunwing Airlines a licence to operate scheduled international service between Canada and Antigua and Barbuda. And beginning this fall it will offer service to Las Vegas from Vancouver, Calgary and Toronto. Flights will be offered on Thursdays and Sundays with Vancouver and Toronto inaugural flights on September 11, and Calgary launching on November 20.

The upcoming winter season is already shaping up as a promising one for Sunwing Vacations. It will be flying to 30 destinations in Mexico, the Caribbean, Central America and the U.S. With the addition of six new gateways, Sunwing will be flying from 29 cities across Canada. As part of its philosophy of “bringing the plane to your door” Sunwing has added even more mid-sized centres to its list of gateways, including Kelowna (with flights to Cancun and Riviera Maya), Windsor (Santo Domingo and Varadero), Hamilton (Punta Cana and Varadero), Kitchener-Waterloo (Cancun and the Riviera Maya as well as Jamaica), Sault Ste. Marie (Varadero) and Val d’Or (Varadero).

VIPorter a Breath of Fresh Air 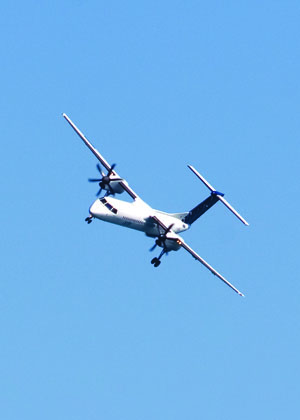 Porter Airlines has launched its own frequent flyer program, VIPorter, and points collected can be used to redeem travel on the airline after as few as five one-way flights.

There are no blackout periods and allocated seats for free travel represent up to 10 per cent of total seat capacity, or seven seats on its 70-seat Q400 aircraft.

“VIPorter broadens Porter’s premium offering and provides travellers with realistic, attainable rewards,” said Don Carty, chairman of Porter Airlines. “Porter’s approach to our frequent flyer program … will be a breath of fresh air in an industry bogged down in overly complicated reward and redemption systems.”

The airline hopes to add credit card, hotel and car rental partners to the program. As it adds more aircraft to its fleet, Porter is also looking to bolster its leisure routes, like increasing winter flights to Mont Tremblant and making seasonal service to Quebec City year-round.

Higher fuel prices are reversing the airline industry’s projected $4.3-billion US profit into a $2.3-billion US loss this year, according to IATA. And that loss could jump to $6.1 billion US of red ink if oil hovers around $135 US a barrel for the rest of the year.

All major Canadian airlines have introduced fuel surcharges, with the biggest bite coming from Air Canada’s long-haul flights. The one-way fuel charge between Toronto and London, for example, stood at $145 in June which still didn’t cover the one-way fuel costs for each passenger. And analysts estimate that every $1 increase in the cost of a barrel of oil cuts $25 million from the airline’s operating profit.

To help defray costs, Air Canada is charging $25 for checking in a second bag on lower-fare flights within North America, and on June 17 the the airline announced it will cut 2,000 jobs this fall and reduce system-wide capacity by seven per cent.