The outlook for international travel in 2007 is promising. 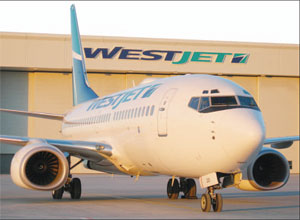 PROMISING OUTLOOK – 2007
The outlook
for international travel in 2007 is promising, but less so for the
domestic market, according to industry analyst Fadi Chamoun of UBS
Securities Canada in Toronto. “We’re very bullish on the global
long-haul business for 2007, because corporate spending will remain
strong. As for the domestic market, we’re less bullish due to more
supply coming onto the market. I believe WestJet plans to boost
capacity by 14% and Air Canada by between 2-3%.”

A UBS survey of
US corporate travel managers revealed that the vast majority do not
expect a change in their companies’ travel policies in 2007, a positive
sign since travel policies are usually the first cuts in a weakening
economy. The wild card is always the cost of oil, but even at $65 a
barrel, UBS said most airlines should do well this year.

This
could also be a year of transition for both WestJet and Air Canada,
according to Douglas Reid of Queen’s University’s Business School. “I
suspect this will be (WestJet founder) Clive Beddoe’s last year on the
job. It’s now time to see a change there, as the company is getting too
big for a founder. I also think (Robert) Milton will leave Air Canada.
He won’t get pushed, but he may feel he’s done enough good and it’s
time to move on.”

And 2006 was another year of confidence in the
industry as there was nothing fearful driving people out of the market,
says Reid. In addition, he sees 20-25 years of steady growth as more
and more people from the boomer market retire and spend more time
travelling.

“Air Canada has been supportive of a
liberalization of Canada’s international aviation agreements provided
it is done on an equitable and reciprocal basis,” says Sean Menke,
executive vice-president and chief commercial officer of Air Canada.

Menke
added that as part of ensuring a level playing field, it is essential
that the federal government also take meaningful action on the issue of
unequal costs imposed on Canadian carriers by monopoly infrastructure
providers, such as airport authorities.

An independent study
conducted by the Montreal Economic Institute underscores the
competitive disadvantages faced by Canadian carriers resulting from
some of the highest airport, security and fuel excise charges in the
world.

Both WestJet and Air Transat echo the sentiments
expressed by Air Canada, calling for a level playing field. WestJet
says that two fundamental issues must be dealt with, namely that
Canadian carriers get fair access to foreign airport terminal
facilities in future bilateral agreements and the issue of
uncompetitive taxes and fees be addressed.

WESTJET EXPANDING ITS FLEET
WestJet
Airlines is to lease up to nine more Boeing 737- 700/800 aircraft from
Singapore Aircraft Leasing Enterprise (SALE) to facilitate its
continued expansion in 2009, when its current fleet delivery schedule
will end. The carrier currently has a registered fleet of 62 B737s,
with committed deliveries scheduled through to 2009. A number of these
aircraft are covered in an earlier deal with SALE.

Under its
latest term sheet with the Singapore leasing firm, four 737-700s will
be delivered to WestJet in January, May, June and October of 2009, as
well as one -800 in May of that year.

WestJet also has the
ability to secure an additional three -700s and one -800 in 2009. The
-700s can be changed to -800s. Finalization of the transaction is
subject to a number of conditions.

He adds, “having
recently announced our most profitable quarter in history with
increases in capacity, load factor and yield, we are confident the
demand for WestJet’s service in the domestic, transborder and
international Caribbean markets will support the addition of these
aircraft.”

WESTERN AND ATLANTIC CANADA – NEW SERVICES
With
all that oil money out west comes a demand for new services and Air
Canada has obliged by offering a new non-stop seasonal service between
Calgary and Fort Lauderdale with three flights a week on a 120-seat
Airbus A319 aircraft in either executive or economy class.

Air
Canada has also launched a new non-stop service between Edmonton and
London Heathrow. The flights are operated on a 211- seat Boeing
767-300ER aircraft in executive or economy class, with new lieflat beds
in executive class. “By next summer, Air Canada will offer up to 15
daily flights to the UK from Vancouver, Calgary, Edmonton, Toronto,
Ottawa, Montreal, Halifax and St. John’s.

Following the demise
of Canjet’s scheduled service, Air Canada and Air Canada Jazz are also
boosting capacity in Atlantic Canada by 16%, or more than 10,000
additional seats per week compared to last winter. The airline is
adding 21 more nonstop flights per week during peak travel time to and
from and within Newfoundland/ Labrador for a total of up to 298
flights. Additional capacity is being added between St. John’s-Toronto,
St. John’s-Montreal, Deer Lake-Montreal and Deer Lake-Halifax.

CANADIAN CARRIERS
Air Transat has won
government approval to operate scheduled service to Austria and plans
to introduce the service in May, initially offering flights on a
seasonal basis and eventually converting to year-round service “based
on market demand,” according to Transport Canada. The Montreal-based
carrier operates a fleet of 15 Airbus A310s and A330s.

“Canada’s
new government is committed to expanding access to foreign destinations
for Canadian carriers,” says Transport Minister Lawrence Cannon in a
statement. “I am pleased that Air Transat’s designation will provide
additional airline choices for Canadians travelling between Canada and
Austria.” The award was made possible through an existing air transport
agreement between Canada and Austria.

Air Transat will also
offer direct flights to London Heathrow from Toronto Pearson on behalf
of Transat Holidays in Canada and Canadian Affair in the UK, both
Transat subsidiaries, starting in May. The UK remains the largest
Europe- Canada market for tourism, and the second foreign market
overall for Canada, after the US. Each year, approximately 800,000
British tourists visit Canada.