March 20, 2008, Toronto - Bombardier Aerospace has announced that it has received a signed firm order for six CRJ700 NextGen regional jets. 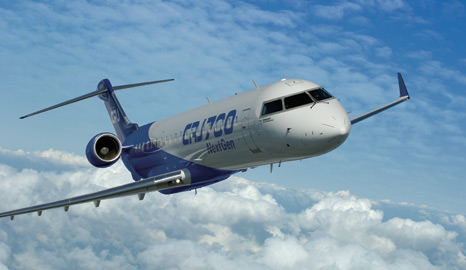 March 20, 2008, Toronto – Bombardier Aerospace announced today that it has received a signed firm order for six CRJ700 NextGen regional jets. The airline which placed the order has also taken options on an additional 10 aircraft, and has requested to remain unidentified at this time.

Including the order announced today, firm orders for the CRJ NextGen family – the CRJ700 NextGen, CRJ900 NextGen and CRJ1000 NextGen – now stand at 205 aircraft from 18 airlines. The Bombardier CRJ regional jet family has now attracted 1,659 firm orders, with 1,471 delivered as of January 31, 2008.