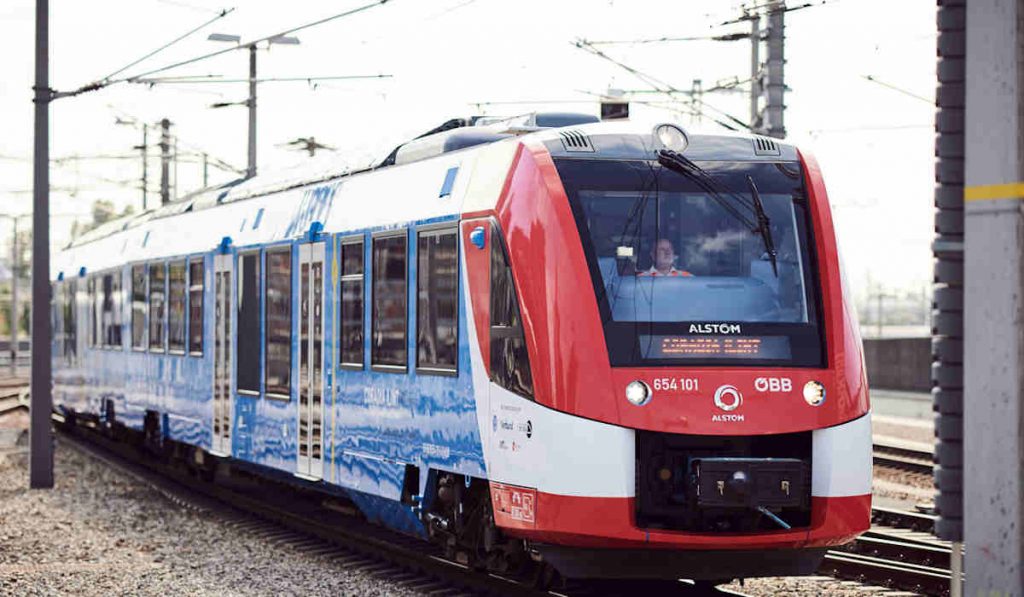 In September 2020, Alstom began a three-month trial of a hydrogen train running with regular passenger service for ÖBB in Vienna, through Austrian Federal Railways. (Photo: Alstom)

Bombardier’s refocusing on business jets has taken another step forward with Alstom shareholders giving the green light to its US$8.4-billion purchase of the Quebec company’s railway division.

Bombardier deal to sell rail to Alstom at lower price

Alstom CEO Henri Poupart-Lafarge says the deal’s closing, expected in the first quarter, will allow the French company to “accelerate its strategy.”

The combined company is expected to become the second-largest manufacturer of rolling stock with revenues of about US$18 billion, well behind industry leader China’s CRRC at US$32 billion.

When the transaction closes, the Caisse de depot et placement du Quebec, which owns nearly 35 per cent of Bombardier Transport, will become Alstom’s largest shareholder with a stake of around 18 per cent.

Two Quebecers will join Alstom’s board: its first vice-president Kim Thomassin as well as Serge Godin, the founder and executive president of CGI Group Inc.

Alstom has committed, in the first year of the closing, to establish its North American headquarters in Montreal, which will oversee 13,000 employees, set up a research centre and improve production at the Bombardier Transport plant in La Pocatiere, where the order book is almost empty.