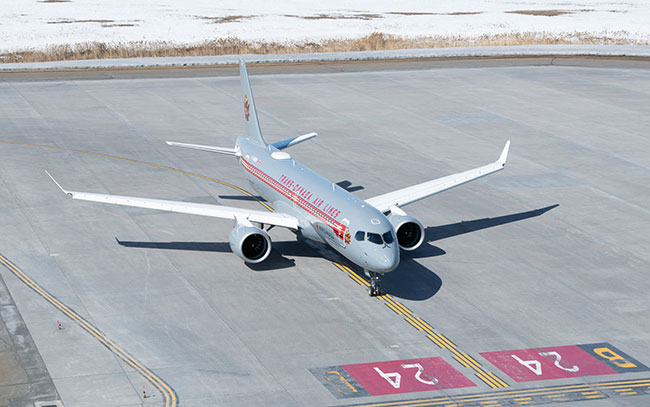 Days of the state-owned flag carrier are as dead as two checked bags and a free meal.Photo: Air Canada

Ottawa is back in the airline game. In some respects, it never left. As with the auto industry in 2009, Canada’s largest airline has landed a rescue package of low interest loans and equity financing. This is more of a bridge than a bailout. The government is ‘giving’ Air Canada approximately $5.9 billion in fully repayable, low interest loans that should help the airline lower existing borrowing costs, and ‘getting’ a six per cent stake at a deeply discounted price of $500 million. Nor can this be seen as a renationalizing of the former Crown corporation, as has been suggested in certain corners.

The government can up its stake in Air Canada to about 10 per cent at the same 14 per cent discount per share as the first ‘buy in’. It’s a far cry from the 30 per cent stake the French government has taken in the Air France KLM Group, not including the 9.3 per cent the Dutch government owns in that same group, which is expected to increase. And, Ottawa can expect to pocket a tidy profit from its investment as air travel rebounds and Air Canada shares reach their market value. But only if the government is prepared to sell, and at the right time. This is where market value and the philosophy of the current government could be on a collision course.

It has been more than 30 years since Air Canada was privatized. Commercialization of Canadian airports began in 1993 and the Greater Toronto Airport Authority was established in 1996. Still, politicians can’t resist dabbling in air transport, whether micromanaging airlines with a passenger’s bill of rights, which does not apply to any other mode of transport from ferry services to rail, or pouring hundreds of millions of scarce public transit dollars into a high-end, dedicated rail line to Pearson International Airport that nobody wanted. At least not at fares that would have enabled the boutique service to pay for itself.

So what now, with Ottawa having a foot in the door? In addition to refunding approximately $2.3 billion in prepaid fares, what appears to get this government’s motor running are strict conditions to “protect” travellers, including immediately restoring some regional services. Hark back to the dark days of the bloated Crown when Air Canada was viewed as an economic instrument of every government backbencher who believed that the local airport was entitled to jet service. The government has agreed to limit its voting interest to below 20 per cent. How about zero?

One of the reason’s the Trudeau government’s signature infrastructure bank has been such a spectacular bust is the level of cabinet interference in projects that were supposed to be largely bankrolled by the private sector. What happens when Air Canada’s long-term commercial interest conflicts with the government’s narrower political interests on routes, where maintenance is conducted, equipment (immediate resumption of the A220-300 order appears to be tied to the deal) or cabin service, especially in the run up to a general election – and greater investor uncertainty.

Finally, what about when it’s ideal to sell up? After 15 months of Covid there is public appetite for bigger, hands-on government, and an interventionalist prime minister proven to be one who does not like to let go. In the government’s first term, when all indications pointed to the time being right to cash in on Canada’s airports, the government backed away. C.D. Howe Institute estimated that Ottawa could raise between $7.2 billion and $16.6 billion by selling equity in airports. With revenue streams such as airliner user fees and passenger ancillary fees, including retail, having all but dried up, the investment is worth considerably less today, and perhaps at least for the next five years. If you’re not going to sell commercial assets, which should never be in government hands in the first place, when the market is red hot, when do you?

The days of the state-owned flag carrier are as dead as two checked bags and a free meal with bar service on domestic flights. The financing package is good for the airline and the taxpayer, with minimal risk for the government and as much chance of renationalization as there was for the federal and Ontario governments to nationalize GM and Chrysler more than 10 years ago. Year 2009 was about bailing out businesses that had been bad at business. Covid is about government supporting businesses impacted by pandemic restrictions it imposed. Insisting on a discounted equity stake is, in itself, an unfair imposition as a condition of financing. Especially with the potential for government to hold onto its equity stake longer than it ought to, and interfere more than it should.

David Carr is a former editor of Wings and Helicopters magazines.