In the last issue of Wings, I reported on the “Internet of Things” and creating intelligent airports. Walk down the bridge and discover that technological change and the way airlines connect with travellers is going to be as profound. 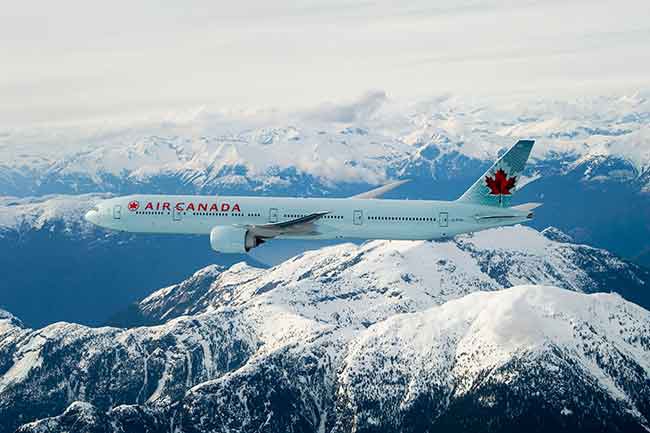 82 per cent of airlines are investing in programs to improve personalization over the next three years.

“Passengers have a strong appetite to use their own connected technologies throughout the journey and never more so than on-board the aircraft,” writes Francesco Violante, chief executive of SITA, a member-based air transport industry communications and IT Group, in the association’s 2015 Airline IT Trends Survey. Indeed, while the low-cost evolution caused legacy carriers to tear down their full service offerings. Now, technology is enabling legacy and low-cost airlines to build service levels up, on a personalized basis – and at a price.

Airlines are responding by beefing up their technology offerings.

According to SITA, 82 per cent of airlines are investing in programs to improve personalization over the next three years. Over three quarters plan a major program in passenger services via smartphone, and more than 63 per cent via tablet.

Legacy or low cost, one of the most noticeable changes will be the gradual disappearance of traditional inflight entertainment systems. By the end of 2018, two of three airlines will offer wireless Internet and multi-media services on passenger devices, giving passengers greater ability to choose their own in-flight entertainment, and freeing airlines from the cost burden of retro-fitting cabins with expensive systems that are nearly obsolete by the time the final airplane has been rewired.

According to a recent survey by Honeywell International, nearly 20 per cent of travellers will switch from a preferred airline if a competitor offers better Wi-Fi service. “Wi-Fi is increasingly becoming the deal breaker at the time of booking,” said one analyst at a recent SITA air transport summit in Brussels.

And not just booking. According to Honeywell, 30 per cent of travellers will wait in line for standby on another aircraft with improved Wi-Fi. Another 30 per cent would prefer in-flight Wi-Fi rewards over air miles, opening the door to more customized loyalty programs.

On the customer service side, airlines are already putting tablets in the cabin to reduce the paper burden and receive key information on passengers, such as dietary needs or preferred language. This trend will accelerate as more airlines put tablets in the cabin crews’ hands to use data for a “made to measure” travel experience with perks such as inflight upgrades to reward loyalty.

Technology is already delivering relief at some of the so-called “pain points” of air travel, such as check-in, where nearly 90 per cent of passengers now report a positive experience as a result of innovations such as online check-in. Roving passenger agents with tablets are also assisting customers at check-in and “bag drop” to thin out airport queues.

There are still bumps along the end-to-end (booking to bag claim) highway that the airline industry is working to smooth out. For example 31 per cent of passengers are stressed over baggage claim. By 2018, 70 per cent of airlines plan to keep passengers up-to-date with the location of their baggage, an encouraging indicator of a technology makeover.

In the future, interactive technology will allow passengers to taste menus and feel seat fabrics. More immediately, tailoring offers to individual customers will remain a business priority for airlines. Technologies, such as SITA’s Horizon will enable airlines to track customer’s preferences and personalize service offerings both on the ground and inflight. For some airlines, it can be a home goal; studies show that the majority of travellers prefer to purchase ancillary services from their chosen airline than from a third-party.