The dawn of the Billionaire Space Age presents commercial opportunity 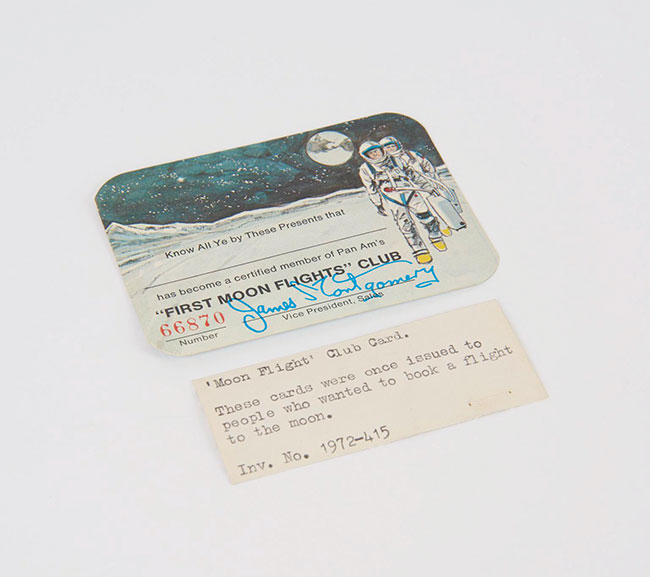 Between 1968 and 1971, Pan American World Airways (Pan Am) took over 93,000 reservations for flights to the moon. There was no charge to book a seat and everybody who did received a First Moon Flights Club card. Business boomed after Apollo 11 and the first landing on the moon. Reservations were non-transferrable and, according to the Los Angeles Times, one eager customer sent the airline a $1 million cheque to secure his seat. It was returned.

Twenty years later, Virgin’s Sir Richard Branson and Amazon’s Jeff Bezos have brought the commercialization of space even closer with high-profile flights aboard their personal spacecraft. Branson took off first, but Bezos flew higher. It wasn’t the moon, but Pan Am was never going to land there anyway. Still, three generations after NASA launched the first manned Mercury rocket, can a billionaire’s vanity project pay for itself and open up space flight to the masses?

Branson, Bezos and Tesla’s Elon Musk would bristle at calling their space adventures “vanity projects”. These are serious enterprises. Virgin Galactic, a publicly traded company, Blue Origin and Space X have strategic missions including cargo flights, astronaut shuttles, launching satellites and space tourism. Approximately 700 individuals have shelled out US$250,000 for one of the first flights on Virgin Galactic. Likely in 2022. Musk has a longer-term vision to settle Mars. Besides, as Miles O’Brien, CNN’s aerospace analyst, reminded us on the day Branson’s VSS Unity took off, “Space is hard and people have died along the way.” Including Michael Alsbury, a Virgin Galactic test pilot.

The loudest complaint over billionaire’s blasting off into space has been the cost, and what else could have been achieved with the money, including tackling climate change. But that has been the case since President Kennedy ratcheted up the U.S.-USSR space race with a plan to put a man on the moon before 1970. An aggressive timetable that most certainly would have been slowed except for JFK’s assassination in ’63 (a week after making what would be his last visit to Cape Canaveral).

Space exploration has always been a multi-billion-dollar enterprise. The dawn of the new space race is transferring some of the billions over to the private sector. Space tourism, which has been too easily dismissed as a joy ride for multi-millionaires is expected to be a US$2.5 billion a year business by 2031. One that always belonged in the hands of the private sector.

For trivia buffs, the first billionaire in space was not Virgin’s Branson, but Canadian businessman and co-founder of Cirque du Soliel, Guy Laliberté who blasted into orbit aboard a Russian Soyuz rocket in September 2009 to promote awareness of water issues. The efforts of a new generation of space pioneers will reduce the cost of space travel (the price for a ticket on Virgin Galactic will be US$500,000 versus the US$41.8 million Laliberté ponied up), and will be a platform for scientific breakthroughs and new technologies. That too is the legacy of NASA and the original space race.

But did Branson and Bezos truly venture into space. “No,” says noted astrophysicist Neil de Grasse Tyson. Dr. Tyson, noted it takes eight minutes to get into orbit and three days to reach the moon. “That is actually space travel,” he told CNN on the morning of Branson’s flight. “What you are going to have is a nice view of the earth.” Dr. Tyson has always been a cold marker, having earlier stripped Pluto of its planetary status, disrupting the planet chain many of us grew up with. Nevertheless, he supports the billionaire’s ambitions: “I am delighted that this is a new tourist attraction. It should have happened decades ago. It shouldn’t take 60 years for a private company to end up doing what NASA did in 1961.”

Space travel captured the imagination of the airline industry in the sixties. In 1965, Braniff International introduced the astronaut inspired “rain dome” for its inflight crew. A plastic bubble nod to America’s spacemen. Pan Am’s Moon Club gimmick was a belt tightening casualty of the airline’s financial woes. In 1991, the world’s most iconic airline would be shut down. In a new generation of space travel, it is Virgin that will go where no airline has gone before. | W