The January/February 2017 issue of Wings magazine contains the seventh annual Careers in Aviation (CIA) supplement, a launching pad for the future of Canada’s aerospace and air transport industries. And based on the level of participation at our previous Careers in Aviation Expos in the Greater Toronto Area, Ottawa and Calgary, that future is looking bright. 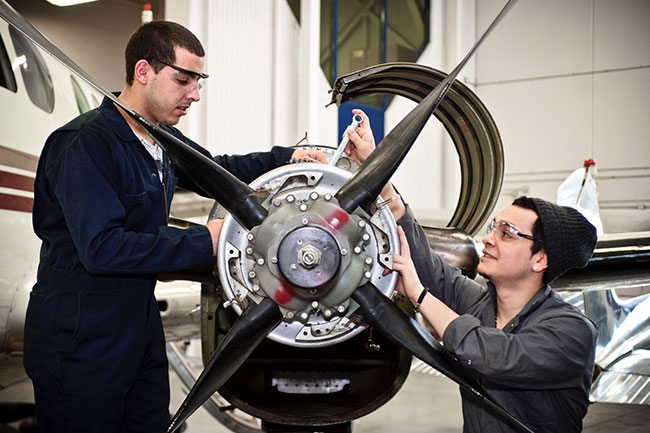 Canada is facing a shortage of pilots and technicians needed to grow the world’s fifth largest aerospace industry and according to Boeing’s 2016 Pilot and Technician Outlook, the world’s commercial airline industry alone will need 1.5 million new pilots and technicians over the next 20 years, a more than 10 per cent increase in demand over last year’s forecast. For the first time, the Boeing report also looked at cabin crew demand, forecasting on a need for 814,000 new flight attendants by 2035. This same talent gap exists on the aerospace side of the ledger, where there’s an increasing demand for skilled workers in a variety of disciplines from engineering to software development.

Air transport is riding a wave and “real time” layoffs in the broader aviation and aerospace industries will always test the most evidence-based projections. But aviation is also cyclical and even now, it is not always a reduction in numbers that forces these layoffs, as much as it is a re-alignment of skill sets. In other words, that means a hiring trend and job potential.

The Careers in Aviation Guide opens up a world of career choices and job opportunities in the aviation and aerospace industries for a new generation of the best and brightest. But it barely peels back the first layer of the onion. Canada is home to hundreds of excellent flight schools and other sources of higher learning, suggesting that the industry needs to lay down more introductory markers like CIA to help more students take those critical first steps along a rewarding career path.

It can be argued that right hand seats onboard training aircraft are already being filled and enrolment at colleges and universities with aviation programs remains strong. So, where is the problem? CIA suggests the industry could be doing more, beginning with a Canadian member-based association of flight schools, similar to what the Canadian Business Aviation Association (CBAA) is to business aviation and the Canadian Owners and Pilots Association (COPA) is to general aviation, including recreational flyers.

The Pennsylvania-based Flight School Association of North America (FSANA) was launched in 2011 and promised the first flight school accreditation program in the history of flight training. It’s a worthy ideal, but one that has fallen short of the mark.

Still, FSANA is on the right track – so why not an association like that here? There is precedent. The Canadian Association of Aviation Colleges (CAAC) was set up in 2008 as a voice for promoting and furthering aviation education in Canada and with an impressive list of early backers such as the British Columbia Institute of Technology (BCIT), Chicoutimi College and Seneca. Information on the CAAC website, however, shows that information has not been updated since 2009, suggesting that the initiative has stalled.

History needn’t repeat itself. A Canadian Association of Flight Schools (and aviation colleges) would not necessarily be for accreditation purposes. Transport Canada (TC) already does a good job ensuring flight schools are safe and that equipment is properly maintained. Other organizations such as the Private Career Training Institutions Agency of British Columbia also help protect students by accrediting independent learning institutions such as flight schools. But these are government organizations that do not outline business models – and nor should they be expected to. But in the absence of this initiative, then who?

What such an association would do is present potential students with a one-stop resource where they can learn about industry requirements, licencing, training specialties, helpful tips on what to look for when selecting a flight school, arranging financing, reducing training costs offering a job board and so much more.

Given the high cost of training and the proliferation of industry associations in Canada, including the aviation sector, a member-based association of Canadian flight schools is an idea whose time has already come (if not long overdue). Certainly additional stakeholders such as industry associations, financial institutions looking to lend and recruiters anxious to snap up graduates would support such an association. The future of Canada’s aviation and aerospace industries deserves no less.