Barcelona is one of the world’s smartest cities for its use of new and integrated technologies to manage sectors such as vehicular traffic and urban transport. Later this year, Barcelona takes the torch from Montreal as host of the annual Smart City Expo. Authorities from Barcelona Airport should take notes. 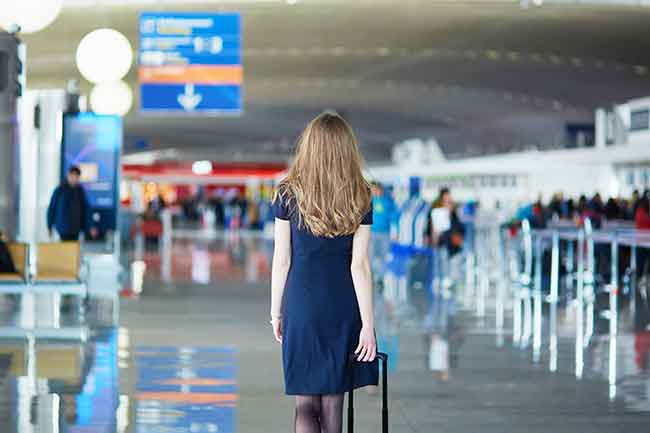 The global rush is on for airports to become smarter, at least from this passenger’s perspective – since I just experienced the Barcelona Airport in action. A smart airport, for example, would have alerted customers of a 45-minute knot at passport control; severely short-staffed and positioned far down the passenger stream, after security and retail. But at the Barcelona Airport, there was none of that. This is information travellers need, especially those of us trapped at the end of the queue with 30 minutes or less to catch a flight.

The process was no smoother on this side of the Atlantic. After almost an hour studying the baggage carousel, I arrived at the realization that my bag missed a connecting flight to Toronto at Dublin.

Here’s the thing: stuff happens. For the short-term at least, airport checkpoints such as security and border controls are going to thicken as the terrorist threat increases, passenger volumes continue to swell and cash-strapped governments struggle to keep up. America’s Transportation Security Administration scrambled earlier this year to add screeners ahead of the busy summer season. Canada could be next, as funding for CATSA has not kept pace with passenger growth.

Mishandled baggage is headed in the other direction. According to SITA, a global leader in air transport technology and passenger communication, the number of lost bags has been cut in half since 2007. Even so, bags go missing – 23.1 million last year, with transfers accounting for almost 50 per cent of all mishandled bags. Yet, statistics are all relative. If you are working in Canada, the jobless rate is 7.6 per cent. If you are without a job, it’s 100 per cent. Statistically speaking, there is a 100 per cent chance my bag was the first to be mishandled with a report tucked inside on airline industry performance improvements in handling baggage.

It’s not the long lines or lost luggage that causes frustration – it’s the lack of information that would help to defuse a situation. And here’s the irony. SITA’s annual IT Summit, where this correspondent was travelling back from, is a global showcase of technologies aimed at improving air transport by increasing a terminal building’s capacity without adding to its size, raising the bar on pay-as-you-go inflight service and hammering out bumps along the journey.

Some of what was on display is bells and whistles. Most is technology we can use such as plotting in real time the walking time and distance from check-in to gate; red flagging the bottlenecks; pushing out offers from airside shops and restaurants; and being alerted when your bag does not make the flight. All of this requires a level of cooperation between airlines, airports and other stakeholders that, for the most part, is missing from the game.

There are notable exceptions such as Miami International Airport and Montreal Trudeau, which is rolling out an app that puts 90 per cent of information a customer will need within two clicks of a smartphone. And there are encouraging signs on the horizon. For example, 92 per cent of airlines and 90 per cent of airports plan to make major investments in mobile and R&D over the next three years to streamline the travel experience.

Many technologies are aimed at monetizing the passenger – helping to fatten an airlines’ bottom line and boost non-aeronautical revenue in the terminal building, which will have a mitigating impact on airport user charges.

The future is going to call for more, not less, cross-channel cooperation between stakeholders. SITA delegates were recently given a taste; a secure, verifiable “token” on a mobile or wearable device containing biometric and other personal data. SITA Lab is partnering with ShoCard – a California-based mobile identity company – to develop a travel identification system that will replace multiple travel documents with a simple face and device scan.

The potential is enormous, but the revolution is years away. And it’s a good thing because right now, too many stakeholders are struggling to work together to even connect the hi-tech basics.