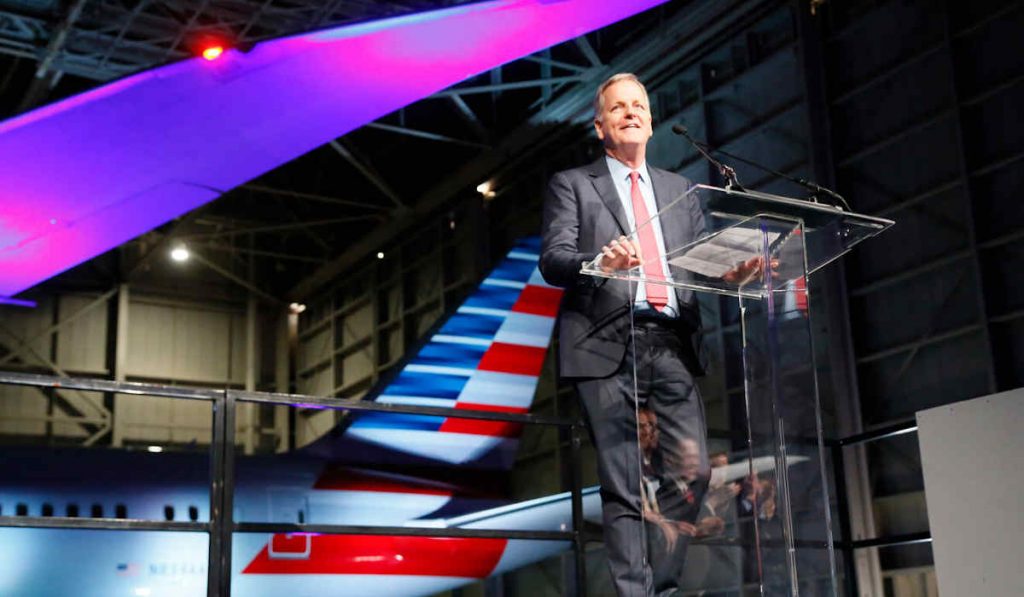 American Airlines will invest US$550 million at its Base Maintenance facility in Tulsa, Oklahoma. Referred to as Tech Ops – Tulsa, the facility holds American’s largest Base Maintenance operation. It conducts almost half of the airline’s overall maintenance work on nearly 1,000 mainline aircraft. This is the largest investment ever made at a maintenance location in American’s history.

Tech Ops – Tulsa is home to more than 5,500 team members, with 600 of those positions being added in 2019. The new US$550 million project includes construction of a 193,000-square-foot, widebody-capable hangar and a 132,000-square-foot base support building. American explains the investment also provides for improvements to the existing infrastructure, including roof replacements, utility and IT upgrades, and ramp repairs.

“The American team in Tulsa and around the world is the best in the business when it comes to operating the safest and most reliable fleet of commercial aircraft,” said Doug Parker, chairman and CEO, American Airlines, who also notes Tulsa has been core to American’s operation for more than 70 years.

The new Hangar 7 will be able to hold two widebody aircraft – or up to six narrowbody aircraft – and will replace two existing hangars that can no longer fully accommodate the size of American’s current aircraft. American explains this facility will allow team members to continue maintenance work on the more than 900 aircraft that visit the site annually while also adding to the widebody hangar capacity in American’s system. T

The new base support building will include offices for teams in administrative functions for aircraft overhaul, engineering and more.

“With this historic investment, American Airlines continues to display their commitment to Oklahoma. As one of the largest employers in our state, American Airlines plays an integral role in our economy and provides quality jobs for our citizens,” said Kevin Stitt, Governor of Oklahoma. 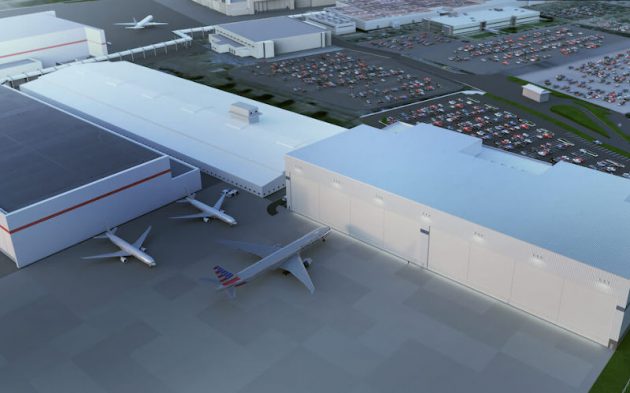 The new Hangar 7 and the Tulsa Base will be attached to each other. (Image: American Airlines)

American insourced CFM56-5B engine overhaul work to the Tulsa base in 2018. In 2019, American and the City of Tulsa invested in a new tail slot modification for Hangar 2D at the base to allow space for larger aircraft. The team began maintenance work on the first scheduled line of Airbus A319 fleet, as well as scheduled maintenance on the Boeing 787 fleet, and component repair work, was insourced to the base’s Wheel and Brake Center. This led to the 2019 addition of more than 600 maintenance positions.

American Airlines provides 6,800 daily flights to more than 365 destinations in 61 countries from its hubs in Charlotte, Chicago, Dallas-Fort Worth, Los Angeles, Miami, New York, Philadelphia, Phoenix and Washington, D.C. Since 2013, American states that it has invested more than US$28 billion, in terms of both its product and people, and now flies the youngest fleet among U.S. network carriers.