An Exceptional Year for Bombardier Aerospace

Bombardier has announced that it delivered 361 aircraft for the fiscal year ended January 31, 2008. 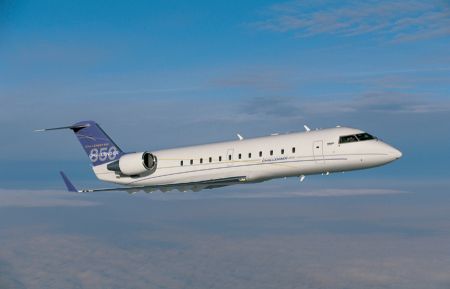 Feb. 29, 2008, Montreal- Bombardier announced today that it delivered 361 aircraft for the fiscal year ended January 31, 2008. This represents an increase of more than 10 per cent over the 326 aircraft deliveries in the previous fiscal year. Additionally, the Company received 698 aircraft orders compared to 363 for the same period during the previous year.

"This has been an excellent year for orders and deliveries at Bombardier Aerospace. Our business aircraft unit in particular reached historic highs in orders and deliveries, mirroring an upsurge in the global industry. Add to this significant demand for our regional aircraft – particularly larger regional jets and turboprops – and Bombardier continues to be well positioned today and in the future," said Pierre Beaudoin, President and Chief Operating Officer, Bombardier Aerospace.

In fiscal year 2007/08, Bombardier delivered 232 business jets, compared to 212 for the same period last fiscal year – an increase of approximately 9 per cent. For the fourth year in a row, Bombardier has maintained its leadership with 26 per cent of the market share on a revenue basis.

An intake of 452 orders, compared to 274 for the previous year, represents a book-to-bill ratio of 1.95. In the fourth quarter alone, Bombardier received orders for 154 business aircraft compared to 117 orders last year.

This fiscal year, a significant growth in demand for Bombardier business jets from major emerging markets, such as Russia and Asia, tipped the balance over the previously dominant U.S. market and progressively shifted demand for business jets to international markets. In fiscal year 2007/08, approximately 30 per cent of business jet orders came from the U.S.

Orders rose significantly year-over-year with an intake of 238, compared to 87 for the previous year, representing a book-to-bill ratio of 1.86. In the fourth quarter alone, Bombardier received orders for 51 regional aircraft, compared to 21 orders last year.