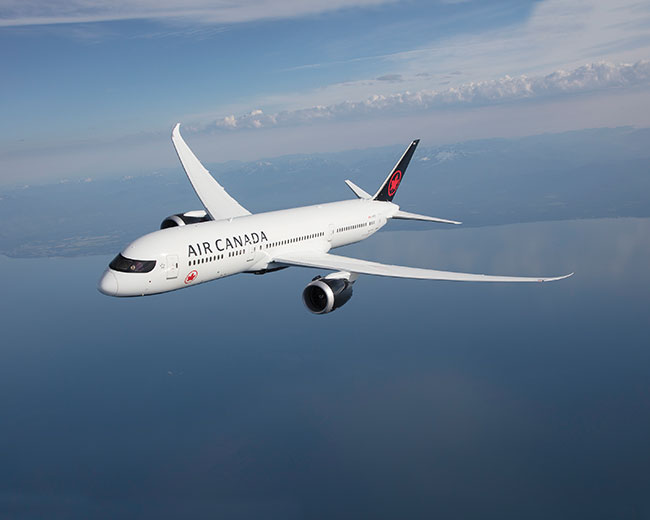 With the warmer weather upon us, it’s a good time to look at how the Canada-European travel market is shaping up for Air Canada, WestJet and Air Transat. Europe represents a key driver for Transat’s bottom line, is an important market for Air Canada and growth opportunity for WestJet, according to a report from National Bank of Canada.

Europe represents an estimated 75 per cent of Transat’s revenue in its fiscal third and fourth quarters, dominated by the U.K. and France. For Air Canada, the trans-Atlantic market accounts for 30 per cent of its total revenue during the summer travel period to Oct. 31, with the bulk of travel occurring between July and August.

WestJet’s trans-Atlantic capacity was up 15.3 per cent last summer and will increase 38.8 per cent this summer as it starts to take deliveries of 10 new Boeing 787-9 wide-bodies (plus 10 options) this year and beyond. While the increase is significant, WestJet was starting from a lower base than its competitors and is adding more destinations, noted National Bank analyst Cameron Doerksen.

Total planned seat capacity from all three is up 7.9 per cent from last summer, slightly below the growth rate from a year ago, according to Doerksen. “Given the aggressive capacity growth in a softening economic environment, it is expected capacity will be trimmed back as summer approaches which may impact fares. Year over year, we expect them to be up slightly.”

Uncertainty over the fallout from Brexit may impact demand for the U.K. where summer capacity on London routes is down 0.7 per cent. While Canada-Paris capacity is up 6.2 per cent, it pales in comparison to the very high 15.6 per cent spike last summer. Despite the drop, France could still represent a challenging market due to the political unrest. The bank report also highlights Canada-Ireland as it has seen “outsized industry capacity growth” in recent years with capacity expected to grow another 34 per cent this summer. Doerksen considers this level of capacity growth as irrational. Airlines are adding capacity to stimulate demand, he suggested.

“Although Ireland has become a very popular destination for Canadians in recent years, the increase in capacity growth this summer on top of the aggressive growth in prior years looks to be irrational in our view and we would not be surprised to see the airlines ratchet back flights as the summer approaches.”

Air Canada’s growth rate to Europe has been decreasing over the last three years, from a year-over-year capacity increase of 15.8 per cent in 2016 to just 6.9 per cent this summer.

With most of its new wide-bodies now delivered and the Rouge fleet now at a stable level, Air Canada’s aggressive international route expansion is effectively complete and Doerksen expects the company to focus more on driving yields higher as the routes fully mature.

WestJet is launching three new direct flights with its new 787 wide-bodies from Calgary to London (Gatwick), Paris and Dublin this summer. WestJet will also add Toronto-Barcelona using its existing 767 aircraft. Doerksen notes that new international routes often take time to mature so he expects WestJet’s initial 787 routes may be a drag on company yields.

Transat is reducing capacity growth to 2.4 per cent this summer, down from its 14.6 per cent growth last summer when Transat added frequency on many routes during the shoulder seasons and this summer it will lap this capacity increase. Transat’s strategy this summer is not to add a lot of new destinations, but rather to increase frequency and capacity from Montreal and Toronto into key markets.

Air Canada has added two new Atlantic routes, Montreal-Bordeaux and Toronto-Vienna. The most important European destinations for Air Canada and Air Transat are London and Paris.