Features Commercial
At the Gate: Increasing its range

The November announcement of a memorandum of agreement signed by Air Canada and Air China to stimulate growth in air traffic between the two countries could mean Montreal is a step closer to getting its long awaited non-stop Montreal-Beijing route. 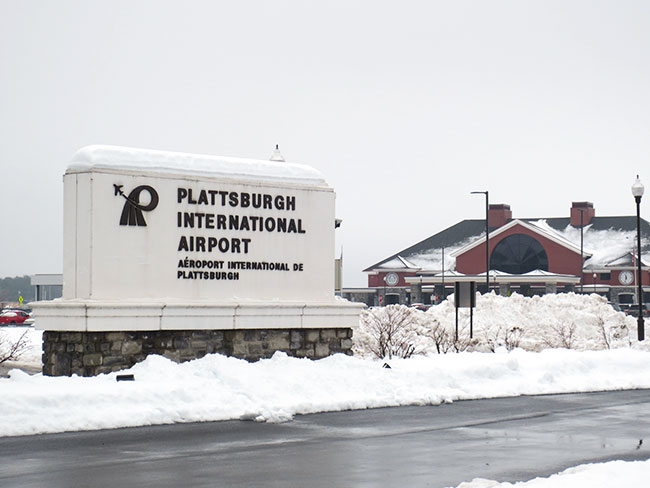 “The board of trade is part of a wider initiative to increase more direct flights overall and ensure existing ones continue.” The November announcement of a memorandum of agreement signed by Air Canada and Air China to stimulate growth

“We congratulate the two carriers for signing this agreement and bringing us one step closer to a direct flight between Montreal and Beijing,” said Michel Leblanc, President and CEO of the Board of Trade of Metropolitan Montreal. “Having this flight is a priority for the business community, and today we are closer to achieving our goal.”

The board of trade is also part of a wider initiative to increase more direct flights overall and ensure existing ones continue. This involves raising awareness in the business community to help increase passenger load factors on long-haul direct flights from Montreal. It’s part of “I See Mtl,” a project launched in November by Montreal business leaders of 180 formal commitments to revitalize the city. Joining the board of trade are Aéroports de Montréal (ADM), Tourisme Montréal and Montreal International, whose mandate is to attract foreign direct investments, international organizations and international strategic workers as well as promoting the competitive and international environment of Greater Montreal.

“Aéroports de Montréal is pleased with the Montreal business community’s desire to offer concrete support to our development efforts in air service,” said James Cherry, president and CEO of ADM. “Our efforts have paid off in recent years, because Montreal-Trudeau is the Canadian airport that has most improved its service. Montreal-Trudeau offers 130 direct destinations, including over 75 international destinations, compared with 30 a decade ago.”

Those figures were contained in a study by KPMG-SECOR to evaluate Montreal’s air service in comparison with other North American cities and to identify potential areas of development. Part of the study looked at the number of people travelling from Montreal to other cities via an intermediary airport, because Montreal did not have a direct flight to those cities.

“We knew about the number of people travelling to places like Seattle, Denver and Baltimore,” said Cherry. “But we were surprised to learn that a lot of Montrealers travel to San Diego.”

And San Diego was one of eight cities that had the minimum required demand to justify a daily frequency. But only three had a sufficient level of demand throughout the year to provide a minimum level of profitability. Apart from San Diego, they are San Jose and Beijing. Four others, Rome, Barcelona, Lyon and Athens could support seasonal service, while Beirut could be profitable, but cannot currently be served for national security reasons.

While Montreal is busy trying to attract new flights, it is being blindsided by Plattsburgh International Airport, which is spending US$55 million to accommodate mostly Canadian travellers at what Air Canada president Calin Rovinescu has called, “Quebec’s fastest-growing airport.” Not surprising as about 85 per cent of Plattsburgh’s 150,000 passengers last year were Canadians, overwhelmingly Montrealers and part of an estimated 4.5 million Canadians to fly out of cross-border U.S. airports annually.

Plattsburgh, just over an hour away by car, expects to double the 150,000 figure in less than 10 years and most coming from Quebec, according to Garry Douglas, president and CEO of the airport and of the Plattsburgh North Country Chamber of Commerce.

Surprisingly, Cherry isn’t losing any sleep over Plattsburgh’s initiatives, claiming they’re small potatoes. “We’ve had far more growth of passengers travelling to the U.S. from Montreal than from Plattsburgh and Burlington (Vermont) combined. It’s a zero sum game for us. Some people living on the South Shore (closer to the U.S. border) may use Plattsburgh or Burlington, but very few people from downtown or the West Island use those airports.”

Burlington is actually a bigger threat than Plattsburgh, because it has more flights and airlines than Plattsburgh, including Delta and JetBlue, but it’s a good two-hour drive from Montreal, Cherry pointed out.


Related
At The Gate: Crossing the great divide
At the Gate: Going out on top
At The Gate: The missing link
Montreal-Trudeau Airport welcomes 15 millionth passenger of 2015