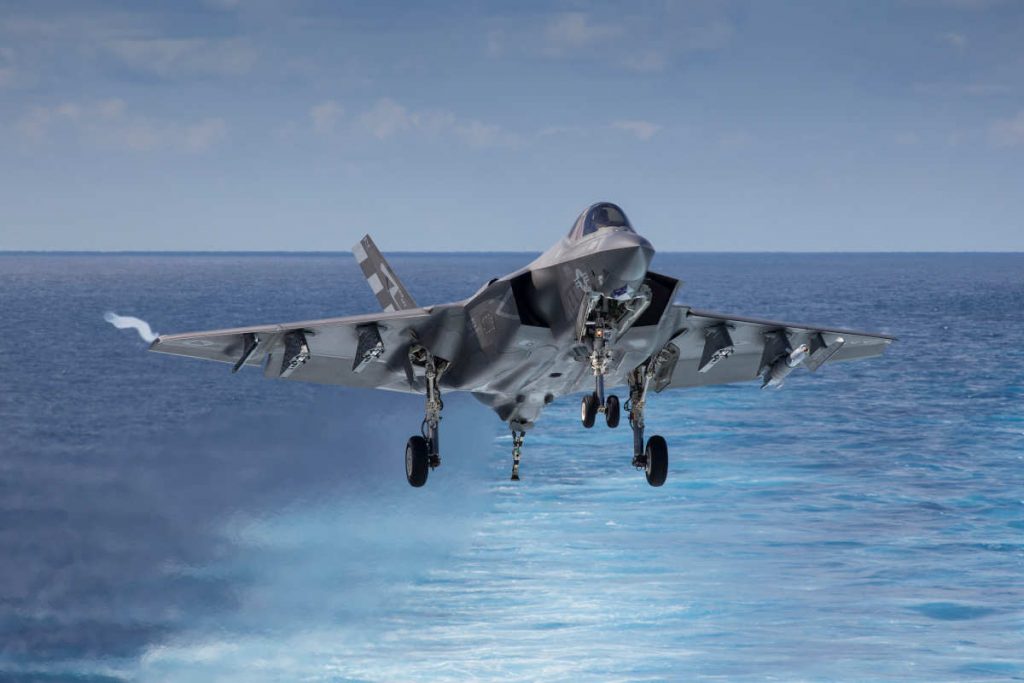 An F-35C – with an outboard wing assembly produced in Delta, BC, by Avcorp – on approach for an arrested carrier landing. (Photo: Lockheed Martin)

Avcorp Industries Inc. of Delta, British Columbia, has been awarded contracts by BAE Systems for the assembly of the F-35 Carrier Variant Outboard Wing. Building on an 11-year F-35 relationship between the two companies, the new contracts are worth approximately $87 million and extend into 2022. Overseeing the manufacture of all aft fuselage globally, as well as horizontal and vertical tails and other crucial components, BAE Systems is key piece of a multi-nation manufacturing supply chain building the fifth-generation F-35 Lightning II, which is ultimately coordinated through the F-35 Joint Program Office (JPO) with Lockheed Martin serving as the prime contractor.

There are more than 110 Canadian companies contributing to the production of the F-35 program, which Lockheed Martin estimates to represent more than $1.5 billion in terms of contract value over the life of the program – more than $2.1 million worth of Canadian-built components are on every F-35. Avcorp’s build of the F-35 Carrier Variant Outboard Wing (CV-OBW) is regarded as one of the more complex assemblies manufactured for the F-35 by the Canadian aerospace industry.

The Outboard Wing is the foldable portion of the wing on the carrier version of the F-35 aircraft, designated as the F-35C, with the F-35A serving as the conventional takeoff and landing aircraft variant (competing in Canada’s Future Fighter competition) and the F-35B variant primarily defined by lift-fan technology for vertical takeoff and landing. The foldable wingtips of the F-35C allow for storage on a carrier’s hangar deck and for two aircraft to be simultaneously brought up by elevator to the flight deck.

When not folded to 29-feet, the F-35C has a larger wingspan than both the F-35A and F-35B variants – at 43-feet versus 35-feet, respectively – to generate maximum lift when coming off the end of the carrier deck. The larger horizontal surface area of its wings also allows the F-35C to bleed off energy for arrested carrier landings. The F-35C has the greatest internal fuel capacity of the three F-35 variants, carrying nearly 20,000 pounds of internal fuel for what the JPO describes as longer range and better persistence than any other fighter in a combat configuration.

Combining its range with the fifth-generation capabilities of stealth and sensor fusion, JPO notes the F-35C will serve as the U.S. Navy’s future first-day-of-the-war strike fighter – unique in the world as a purpose-built carrier aircraft with very low observability never before deployed at sea. The U.S. Navy is the largest customer receiving F-35Cs, with the U.S. Marine Corps also acquiring the C variant in addition to the F-35B.

“We are extremely pleased with the award of these significant contracts for our military and defense production lines,” said Amandeep Kaler, CEO, Avcorp Group, about the new contract extensions. 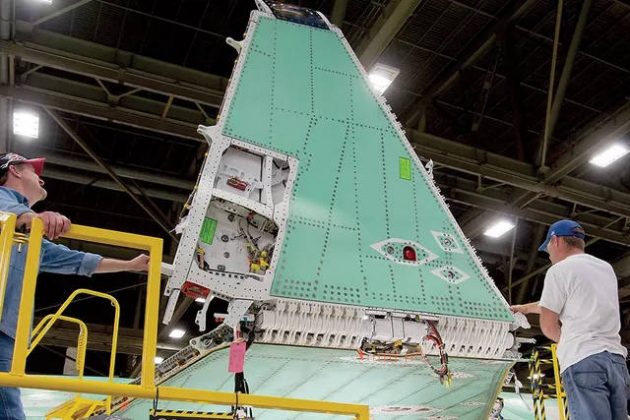 Avcorp’s Structures & Integrations facility in Delta is the single source supplier for the F-35 CV-OBW assembly under contract with BAE Systems. The assemblies are delivered directly to the Lockheed Martin Aeronautics facility in Fort Worth, Texas, which holds a mile-long production line to produce all three F-35 variants. Avcorp secured the F-35 Outboard Wing contract back in in 2009, with initial production beginning in mid-2010 and the first CV-OBW delivery announced by the company in January 2012.