The British Columbia Aviation Museum is the successful bidder to receive an Avro Lancaster bomber from the City of Toronto. The Lancaster FM104 will be moved to the museum in North Saanich near Victoria International Airport over the next few months, and restoration will start immediately. 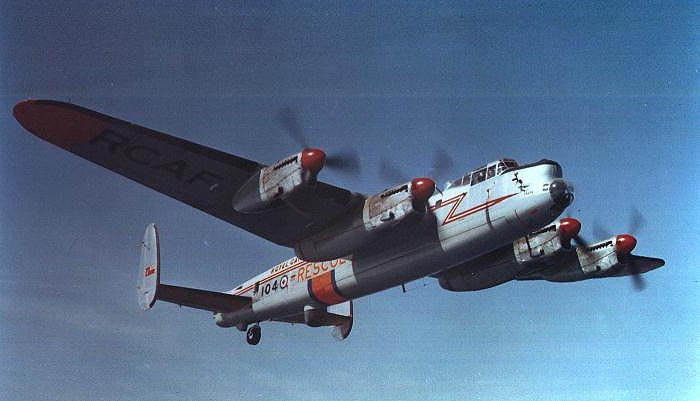 The long-term goal of the museum is to restore the aircraft to flying condition in partnership with Victoria Air Maintenance, a firm of vintage aircraft restorers located near the museum.

“The Avro Lancaster is an iconic aircraft with a distinguished record in war, where it was a major contributor to the strategic bombing offensive in World War II, and in peace, where it served for many years on both coasts in reconnaissance and search-and-rescue missions,” said John Lewis, president of the BC Aviation Museum.

Comox, BC, was the west coast base for Lancasters through the 1950s and 1960s. The Lancaster FM104 going to Victoria was built in Toronto in 1944. It served for many years on the east coast until its retirement from service in 1966.

It was then displayed on a plinth on the Toronto lakeshore for more than 30 years, explains the BC Aviation Museum, until it was partially restored. Before this initial restoration effort was complete, the Lancaster FM104 was disassembled and put into storage for several years.

“I am pleased that many local aircraft manufacturing specialists and vintage aircraft enthusiasts have pledged their time and knowledge to volunteer on this project,” Lewis said. “Many people at the BC Aviation Museum and the Victoria aviation community have worked hard to make [this] possible,” said Lewis. “We are now looking forward to the day when Lancaster FM104 goes on display at our museum.”