Features Operations
Back to the Future

Boeing claims the 787 family will significantly reduce operating costs while restoring fun in flying for the passenger. Can it do both? 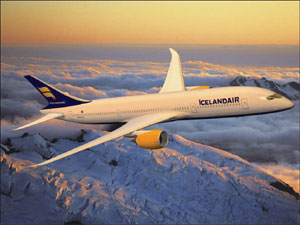 Whether Boeing decides to stretch the 747 or wind down the program
entirely, the Chicago-based aerospace giant’s future in air transport
appears to be underpinned by a two-hole strategy. That represents the
number of engines on each of the mainstays of its commercial product
line: the venerable 737, popular 777 and recently renamed 787
Dreamliner, its first new launch in 10 years.

Already
knocked off its perch by Airbus as the leader of aircraft deliveries
for two years running, Boeing has not had an easy time of it recently.
The sudden resignation of president and CEO Harry Stonecipher in early
March following revelation of an affair with another Boeing executive
has not helped. Stonecipher, the blunt former CEO of McDonnell Douglas
when that company was taken over by Boeing in 1997, was lured out of
retirement in 2003 after his predecessor, Phil Condit, became the
casualty of a procurement scandal involving a tanker version of the 767
for the US Air Force. Still, it would be unfair if the ongoing ethics
sideshow (including the recent imprisonment of two executives at the
centre of the 767-tanker fiasco) was to divert attention away from
other developments. Boeing has trimmed its product line (further
pruning is anticipated), sold off several manufacturing facilities
including the commercial operations at its plant in Wichita, Kansas to
Toronto-based Onex, scored an impressive $4-billion order for 70
737-900s by the Irish-based discount carrier, Ryanair, and is focused
on three families of commercial airplanes including the Boeing 787.

Much
has already been written about the competing hub-and-spoke versus
pointto-point visions that have driven the launch of the 550-
passenger Airbus A380 and the 200/300-seat Dreamliner family
respectively. Boeing has already estimated the cap on very large
airliners such as the A380 at 400, and is not expected to decide
whether to go ahead with a stretch version of the 747 before the summer
despite pressure from some airlines to do so. For its part, Airbus has
already hedged its bet by launching the mid-size, ultralong- range
A350, breaking the fragile transatlantic truce between the US and
European Union over development subsidies (it is estimated that
Germany, France, Britain and Spain will pick up one-third of the A350’s
development costs through refundable launch aid).

“We’ve been
talking about fragmentation of [long-haul] routes for quite a while
now,” said Jim Haas, Boeing’s regional director of 787 product and
marketing. “It has been fun for us to watch how quickly Airbus has now
pushed out the A350.”

But if Boeing has conceded virtually all
ground in the very large airplane segment to Airbus, the company seems
firmly in the driver’s seat in the mid-size, ultra-long-range category
with a two-year jump on its rival and a design that may revolutionize
the market much the same way the Boeing 707 and 747 changed the game
almost 50 and 35 years earlier.

“We wanted to bring the fun back
in flying with a lot more comfort,” Haas said. But before it did that,
Boeing had to win over the airline community with an airplane that
delivers a lot more bang for its US$120-million buck (roughly the same
cost as a 767).

The 787 will have the speed and range of a 777,
but will burn 20% less fuel than similar size aircraft. Overall,
however, Boeing estimates that operating costs for the 787 will be up
to 10% lower as a result of composites. “There is a misconception that
composites are new and carry a risk,” said Haas. “That is nonsense. We
have over 20 years experience with composite materials with both the
777 on the vertical and horizontal stabilizers and the tail section of
[nextgeneration] 737s.”

Measured by weight, approximately 50% of
the 787’s exterior structure will be manufactured from composite
material such as carbon reinforced plastic which is both more resilient
and 15 to 20% lighter than aluminum. (In a boast worthy of a GM Saturn
commercial, the 787’s composite skin offers greater protection against
‘ramp rash’ – the unnerving habit of distracted ramp workers driving
vehicles into engines or the belly of an airplane. Major airlines in
the US and Europe estimate that at least one aircraft a day is
temporarily grounded as a result of careless driving).

Composites
also do not corrode or fatigue the way aluminum does, meaning longer
intervals between ‘C’ and ‘D’ maintenance inspections. Boeing estimates
that the 787 will be in the third year of its life cycle before its
first C check (double a 767) and 12 years before a D check. Over that
12-year period, an operator should be able to schedule 113 more flights
than would be the case with traditional aluminum aircraft.

“Anytime
you can take out 1% of an airliner’s operating costs, that’s reason to
pop the champagne corks,” Haas added. “We’re taking out 10% through
reduced fuel consumption, longer intervals between inspections and less
time spent in the hangar.”

To date, comparisons between the A380
and the 787 have been largely apples and oranges. Because of its size
and economics, Airbus has given its customers a degree of space to
design an in-flight product unprecedented since the arrival of Boeing’s
own 747. While it is unlikely that the 787 will feature casinos or
double beds on even its longest journeys, it is possible that the
manufacturer has come up with the first cabin that is customer-proof.
That is to say that the airline will be hard pressed to ruin the
inflight experience by cutting costs with drab interiors or shoveling
in extra seats.

The 787 cabin is 14 inches wider than similar
aircraft, but the most noticeable advances in interior design are the
windows and ceiling. Composite construction has enabled Boeing to make
windows 10% larger than the industry standard with an electro-chromic
dimming system that removes the need for blinds while not spoiling the
quality of the in-flight entertainment system. “The windows will
automatically dim like a pair of sunglasses,” Haas noted. Adding to the
ambience is a ceiling lighting system that replicates the sky.

The
final in-flight innovation will be cabin altitude. “There have been
some fascinating studies completed on cabin altitude,” Haas said.
“Thinner air affects the way you feel. But the big change comes at
6,000 feet. Airframe fatigue means cabins have been pressurized at
8,000 feet. But composites mean we can pressurize the 787 cabin for
6,000 feet. It will provide a more comfortable flight.”

Boeing
has three versions of the 787 family on the drawing board. The standard
787-8 will carry 223 passengers in a three-class configuration with a
range of 8,500 nautical miles (15,700 kilometres). The first flight is
expected by the summer of 2007, and the aircraft will enter service
with launch customer All Nippon Airways (ANA) of Japan in 2008. The
short-range 787-3 will transport 296 passengers in a twin-class
configuration with a range of 3,500 nautical miles (6,500 kilometres),
almost identical to a 757. Boeing is positioning the series 3 as an
A300 replacement and expects it to enter service by 2010.

The
final version, the 787- 9, represents a 20% stretch over the series 8
and will be able to carry 259 passengers in a three-class configuration
with a range of 8,300 nautical miles (15,400 kilometres), bringing the
aircraft within striking distance of the 777. Haas said the date for
entry into service is yet to be determined.

Interestingly, there
is no light between Boeing and Airbus over the size of the 250/300-seat
market over the next 20 years. “We expect that 21% of orders will be
for twin-aisle 777/787 type aircraft. You are looking at 3,500
airplanes in this category,” Haas noted, with approximately 500 being
in the 3 series. Airbus agrees with the numbers and confidently
predicts that 50% of the market will be snapped up by both versions of
the A350, which is not expected to enter service until 2010.

Perhaps.
But for now the advantage goes to Boeing both in time and order book.
The company recently inked its first homegrown order: Continental
Airlines purchased 10 of the 8 series with first deliveries to begin in
2009. “The [787] is simply a game changer,” said Gordon Bethune,
Continental’s chairman and CEO. As the US airline industry rebounds,
Haas expects several more domestic orders, although the next large
North American prize could be Air Canada, a predominately Airbus
customer that is looking for a replacement aircraft for its fleet of
767s.

It is possible that Boeing could have 500 aircraft on
order by the time the 787 begins its test program. The company has
already hit the 50% mark, with 92 aircraft scheduled for delivery
between 2008 and 2009. Enough to regain the coveted number one spot for
aircraft deliveries? Boeing is not saying. What it will claim, however,
is that the 787 order book represents the most diverse for a new
airplane, with pages that include discount and leisure airlines as well
as the legacy carriers.

As for the contention that the 787 is
enough to knock the A380 off its stride? “We’re not calling it a
hubbuster,” Haas pointed out. “There will still be a tendency by some
of our customers to rely on hubs. What we are doing is giving them a
choice.”