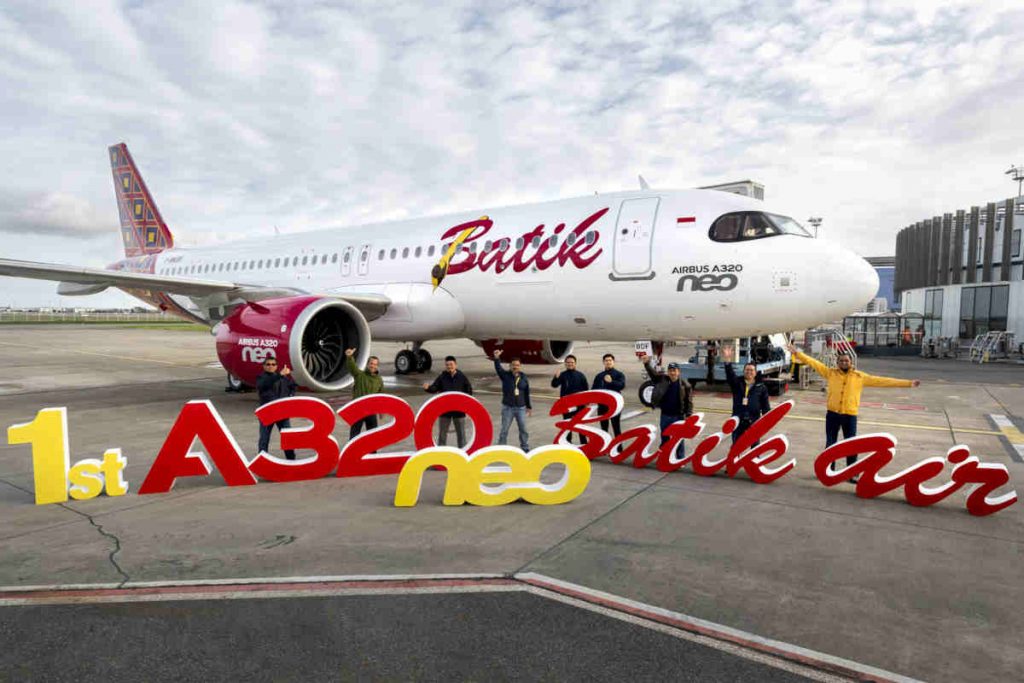 Batik Air, part of Indonesia’s Lion Group, marked the arrival of its first A320neo with a ceremony at Soekarno-Hatta International Airport in Jakarta, Indonesia. The aircraft is the 46th Airbus aircraft in Batik Air’s fleet that already includes 44 A320 Family Aircraft and one A330-300.

The new aircraft features 156 seats (12 business and 144 economy seats) and will be deployed by the carrier on its regional services.