Bearhawk Aircraft of Austin, Texas, has formed Bearhawk Canada to expand its operations across North America. An agreement has been made with Mike Silvernagle in Saskatchewan to represent Bearhawk Aircraft in Canada for sales, service, parts and support of the three models of Bearhawk aircraft kits. 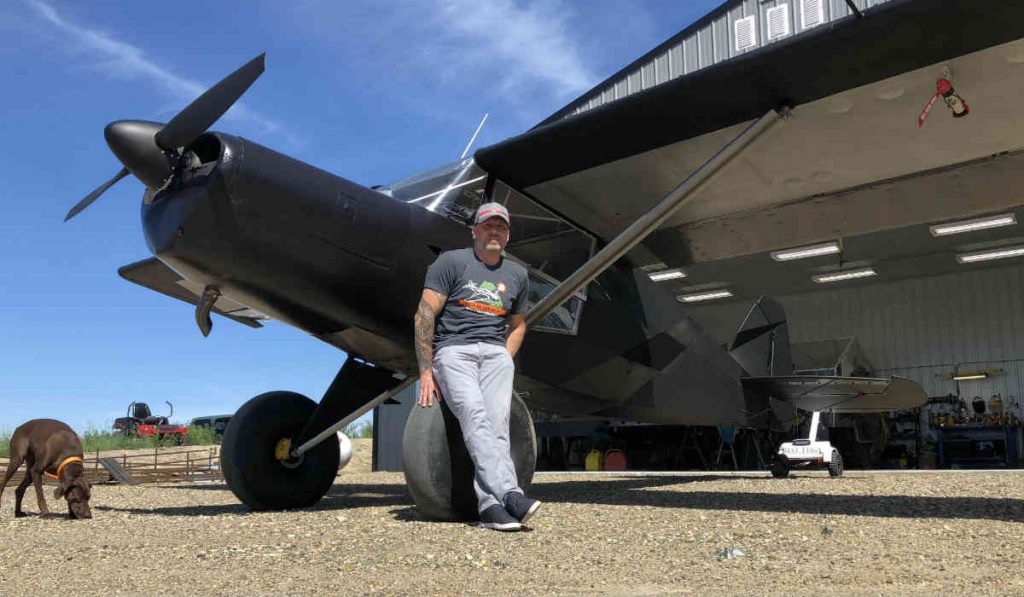 Mike Silvernagle with his Bearhawk 4-Place and Bearhawk Patrol.

Silvernagle will base Bearhawk Canada operations on a private 2,500-foot grass strip in southeastern Saskatchewan where customers can check out the company’s aircraft and experience demonstration flights. Silvernagle has flown all three Bearhawk models, including the 4-Place, Patrol and LSA. Steve Busby of Aerolite in Ontario will support Silvernagle’s Bearhawk Canada drive.

Silvernagle’s background in aviation started in the Canadian Advanced Ultra-Light Aeroplanes (AULA) category. Having built and flown various makes and models, he then became an instructor for these aircraft. Silvernagle owned and operated a Piper PA18-160 Super Cub, an Aeronca Champ and a Cessna 185.

“The Bearhawks are much better in many ways, and the benefits of operating in the experimental side of aviation in Canada are favourable when compared to certified aircraft,” said Silvernagle, comparing the Bearhawk line to other aircraft he has flown. “Bearhawk aircraft offer many advantages for Canadian pilots who often use their planes to hunt and fish in the backcountry and visit the numerous rough-field and shorter landing strips.”

The 4-Place Bearhawk fills a utility and transport role with its large cabin, explains the company, while the Bearhawk Patrol is a tandem 2-place version that excels at accessing remote airstrips. The Bearhawk LSA is a lightweight design that meets U.S. Sport Pilot requirements. Each aircraft shares backcountry qualities, explains the company, that include stable slow flight and higher than expected cruise speeds.

All three Bearhawk models feature a Riblett airfoil. “These airfoils are the safest available providing good speed and performance in every regime of flight, especially slow flight,” explained Bearhawk design engineer Bob Barrows. “After many thousands of hours of flight, the Riblett airfoil, and Riblett modified 4412 airfoil on the original Bearhawk, are the best and safest airfoils available for the type of flying Bearhawks are designed for. In particular, these airfoils eliminate the notorious and abrupt ‘moose stall’ occurring in low-flying steep turns.”