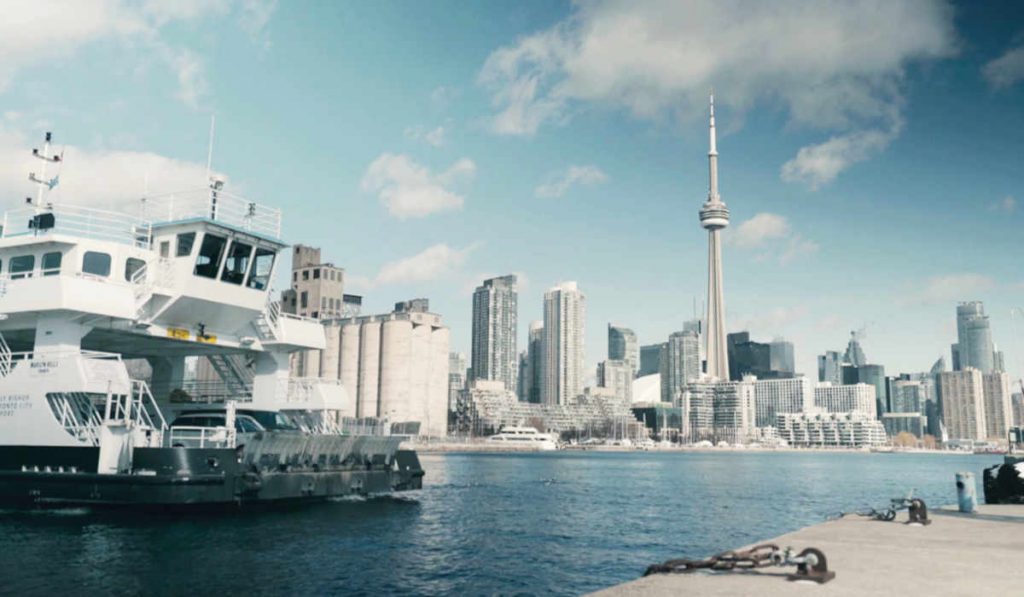 The Marilyn Bell I is named for the Canadian who in 1954 became the person to swim across Lake Ontario, and later the English Channel and Strait of Juan de Fuca. (Photo: PortsToronto)

The operation states this would create the first 100 per cent electric lithium-ion powered ferry in service in Canada. PortsToronto anticipates the retrofit will be complete by the end of 2020. The organization also plans to leverage Bullfrog Power’s renewable electricity program as part of its approach. The conversion of the airport ferry to electric-power will cost approximately $2.9 million, which will be paid in full by PortsToronto through the Airport Improvement Fee.

“Converting the Billy Bishop Airport ferry to electric power is a clear indication of how serious we are in our commitment to the environment and maintaining balanced operations with the waterfront community in which we operate,” said Geoffrey Wilson, CEO, PortsToronto.

“The retrofitting of the Marilyn Bell I to electric power clearly demonstrates how we can build a clean and efficient transportation system, create good jobs and protect the environment,” said Marc Garneau, Minister of Transport. “The Government of Canada commends PortsToronto for this initiative that will benefit Toronto communities and reduce our carbon footprint.”

In compliance with PortsToronto’s Sustainable Procurement Policy, three Canadian companies have been selected to collaborate on completing the ferry retrofit. As developers of the winning concept and proposal, St. Catharines-based Canal Marine & Industrial Inc. (CANAL) are the prime designers for this project. The project’s naval architect is Concept Naval, Quebec-based naval architects and marine engineers. PortsToronto has also engaged Nova Scotia-based E.Y.E marine consultants to assist with the implementation of the project.