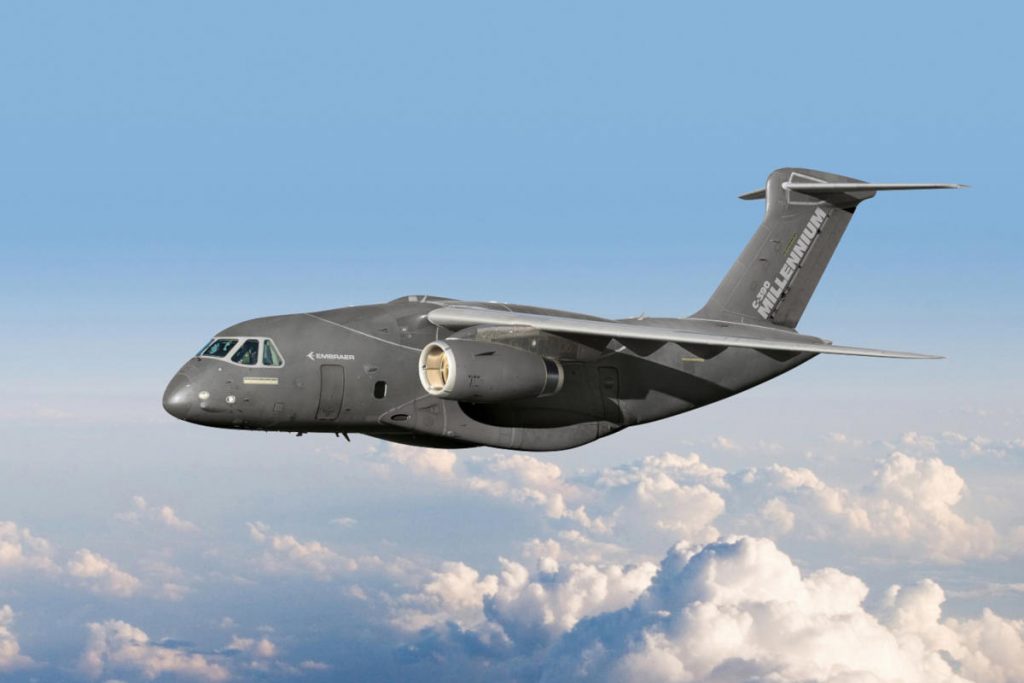 In 2009, the Brazilian Air Force contracted Embraer to design, develop and manufacture the C-390, now designated as the C-390 Millennium, to replace its aging C-130 fleet. (Photo: Embraer)

Boeing and Embraer today announced the structure of their joint venture to promote and develop new markets for the C-390 multi-mission airlift and air mobility aircraft. This includes a new name and designation for the aircraft, the Embraer C-390 Millennium. The operation itself will run under the name of Boeing Embraer – Defense, which will come into effect after the companies’ joint venture receives regulatory approvals and meets closing conditions.

“Boeing Embraer – Defense will build on our companies’ history of collaboration across commercial and defense aerospace to unlock significant value in the state-of-the-art C-390 Millennium as it enters service and leads the next generation of airlift and air mobility aircraft,” said Marc Allen, Boeing’s president of Embraer Partnership and Group Operations.

The C-390 Millennium is described as a tactical transport aircraft that can perform a range of missions, such as aerial refueling, cargo and troop transport, cargo and paratrooper airdrop, search and rescue, aerial firefighting and humanitarian missions.

The C-390 Millennium received its Civil Certification from the Brazilian National Aviation Agency (ANAC) in 2018 and is now in full production. In August 2019, Portugal signed a contract to acquire five aircraft with deliveries slated for 2023. The Brazilian Air Force (FAB) received its first C-390 on September 4, 2019, after contracting Embraer to develop the aircraft as a replacement for its aging C-130 fleet. The delivery of the second aircraft to FAB is scheduled for the fourth quarter of 2019.

“The name of our joint venture represents the strong partnership between Embraer and Boeing that will strengthen the global competitiveness of this incredible aircraft and broaden the target markets, developing and generating greater value for the C-390 program to offer the best for our future customers,” said Jackson Schneider, president and CEO, Embraer Defense & Security.