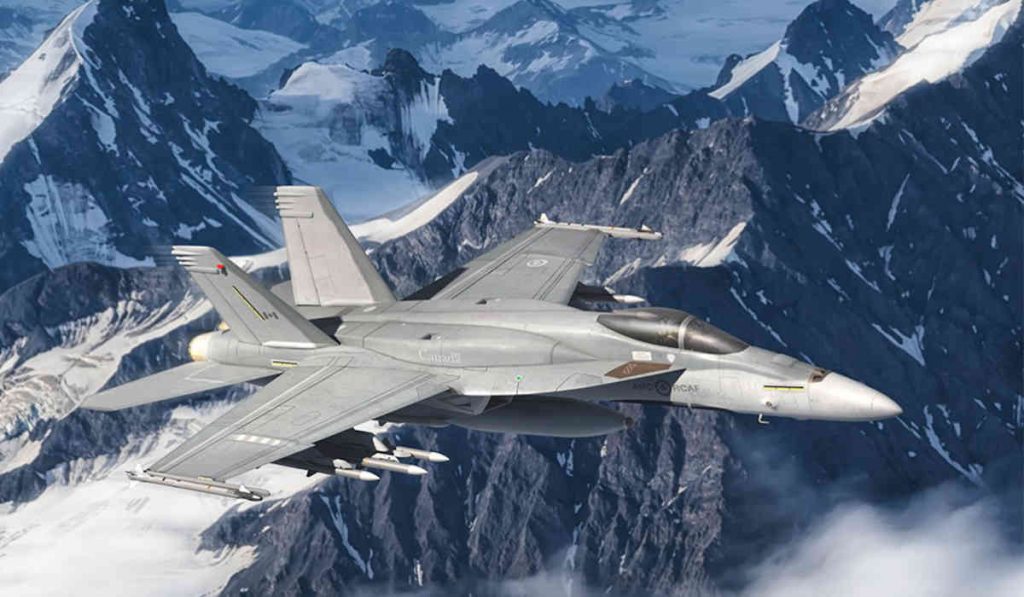 Boeing on October 27 stated its bid in the Government of Canada’s ongoing Future Fighter Capability Project procurement competition, if successful, would provide $61 billion and nearly 250,000 jobs to the Canadian economy. Required by the competition’s RFP, the economic benefits outlined by Boeing are largely based on five new agreements with its Canadian aerospace partners involved in the bid.

“Canada is one of Boeing’s most enduring partners and has continuously demonstrated that they have a robust and capable industry supporting both our commercial and defence businesses,” said Charles “Duff” Sullivan, managing director, Boeing Canada. “The large scale and scope of these Canadian projects reinforces Boeing’s commitment to Canada and gives us an opportunity to build on our motto of promises made, promises kept.”

Boeing explains that, based on new data and projections from economists at Ottawa-based Doyletech Corp., the total economic benefits to Canada and its workforce for the acquisition of the F/A-18 Block III Super Hornet will last for at least 40 years and benefit all regions based of the country.

“Boeing and its Super Hornet industry partners have a long track record of delivering economic growth to Canada, which gave us the confidence that our data and detailed projections are extremely accurate,” Rick Clayton, economist at Doyletech Corp.

The $61 billion in economic benefits outlined by Boeing with a Block III Super Hornet selection in the FFCP are largely based on partnerships with five Canadian-based aerospace operations, including:

Peraton Canada (Calgary, Alberta)
Boeing and Peraton currently work closely together on CF-18 upgrades. This work will expand to include a full range of Super Hornet avionic repair and overhaul work in Canada.

GE Canada Aviation (Mississauga, Ontario)
In cooperation with its parent organization, GE Canada will continue to provide both onsite maintenance, repair and overhaul support services for the F414 engines used on the Super Hornet, as well as technical services and engineering within Canada in support of RCAF operations and aircraft engine sustainment.

With its past partners, Boeing notes it has delivered on billions of dollars in industrial and technological benefits obligations dating back more than 25 years. The work started with the sale of the F/A-18s in the mid-1980s and progressed through more recent obligations including acquisition of and sustainment work on the C-17 Globemaster and the CH-47F Chinooks to meet Canada’s domestic and international missions.

Boeing states its direct spending in Canada in 2019 rose to $2.3 billion, a 15 per cent increase in four years. When the indirect and induced effects are calculated, Doyletech states this amount more than doubles to $5.3 billion, with 20,700 jobs.

Boeing notes its partnership with Canada dates back to 1919, when Bill Boeing made the first international airmail delivery from Vancouver to Seattle. Today, Canada is among Boeing’s largest international supply bases, with more than 500 major suppliers spanning across country. With nearly 1,500 employees, Boeing Canada supplies composite parts for all current Boeing commercial airplane models and supports Canadian airlines and the Canadian Armed Forces with products and services.