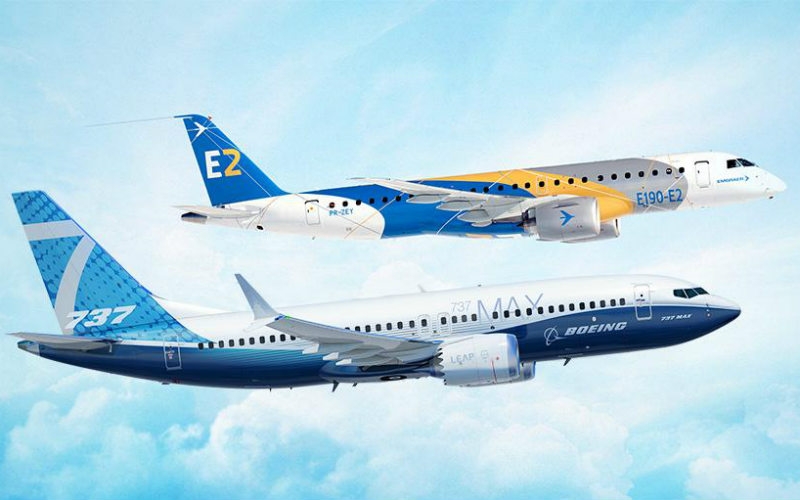 Boeing was to hold an 80 per cent ownership stake in the joint venture to be called Boeing Brasil Commercial, with Embraer owning the remaining 20 per cent.

Boeing on April 25 announced it has terminated its Master Transaction Agreement with Embraer, under which the two companies were working to create a joint venture primarily around their commercial aviation assets.

Boeing was to hold an 80 per cent ownership stake in the commercial portion of the joint venture and Embraer would own the remaining 20 per cent. The companies back in May 2019 announcing it would be called Boeing Brasil Commercial, with agreement at the time valuing 100 per cent of Embraer’s commercial aircraft operations at US$4.2 billion.

Discussion about the joint venture between the two companies were confirmed in December 2017. As talks progressed, Boeing and Embraer also reached another joint venture agreement to develop new markets for the C-390 Millennium medium airlift and air mobility aircraft. Eventually, the companies would agree to terms of the KC-390 joint venture, which would see Embraer own a 51 per cent stake with Boeing owning the remaining 49 per cent.

Boeing notes, that despite the termination of the Master Transaction Agreement, the two companies will maintain their existing Master Teaming Agreement, originally signed in 2012 and expanded in 2016, to jointly market and support the C-390 Millennium military aircraft.

Embraer and Boeing had received approval by the Government of Brazil concerning the strategic partnership, which was officially announced by the two companies as a Memorandum of Understanding in July 2018. The planned partnership had received unconditional approval from all necessary regulatory authorities, with the exception of the European Commission. Boeing, however, points to Embraer not meeting conditions of the deal as it’s reason for terminating the Master Transaction Agreement.

“Over the past several months, we had productive but ultimately unsuccessful negotiations about unsatisfied MTA conditions. We all aimed to resolve those by the initial termination date, but it didn’t happen,” said Marc Allen, president of Embraer Partnership and Group Operations. “It is deeply disappointing, but we have reached a point where continued negotiation within the framework of the MTA is not going to resolve the outstanding issues.”

Under the Master Transaction Agreement (MTA), April 24, 2020, was the initial termination date, subject to extension by either party if certain conditions were met.