News
Boeing to cut production of some jets in 2010

April 13, 2009, Pittsburgh, PA - Boeing Co. plans to scale back production of some of its jetliners next year. 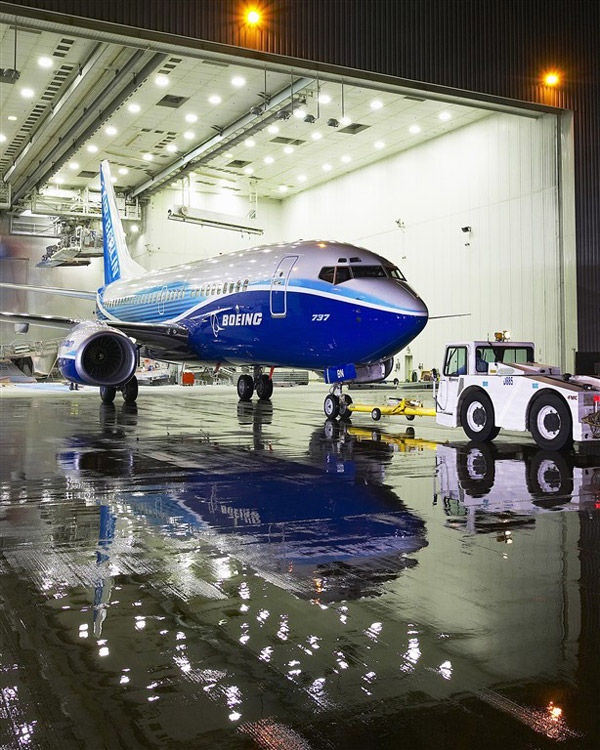 April 13, 2009, Pittsburgh, PA – Boeing Co. plans to scale back production of some of its jetliners next year as the global economic crisis further saps demand for commercial aircraft, a move expected to result in fresh job cuts.

Boeing has been hit by sharply lower orders for commercial planes this year as world economic problems intensify and air travel wanes.  Airlines have cut flights and some have delayed orders and deliveries of new jets. Tighter credit markets have made it more difficult for potential buyers to get loans for new planes.

Boeing expects the changes will result in an unspecified number of new job cuts, said Jim Proulx, a company spokesman. In January, Boeing announced plans to cut a total of 10,000 jobs after reporting a surprise loss for the fourth quarter of 2008.

Boeing said the production changes reflect requests by customers to delay deliveries of jetliners as fewer people fly and air cargo volumes dwindle as the global economy sags.
The lower production rate and an expected decline in prices will reduce first-quarter earnings by about 38 cents per share, the company said. The 747 program, which is operating at a loss, will account for most of that amount. Boeing plans to provide further financial guidance when it reports its first-quarter earnings on April 22.

Late last year, Boeing said it was delaying deliveries of its 747-8 freighter and passenger jets due to design changes, limited engineering resources and a strike that shut down the company’s commercial jet factories for eight weeks.

“These are extremely difficult economic times for our customers,” Scott Carson, president and chief executive of Boeing’s commercial aircraft division, said in a statement.

Airlines are reporting weak traffic so far this year, and their appetite for new jet orders is weak. Instead, they’re grounding planes, including some relatively newer models, as they cut capacity.

In the first three months of the year, Boeing received orders for just 28 planes, down from 289 last year. But customers cancelled or changed 32 orders, all for 787s, during that period, resulting in a loss of four orders. Boeing’s orders plunged in 2008 following three years of exceptionally strong bookings.

Boeing said no orders for its 767, 747 or 777 planes had been cancelled this year, and that it maintains a diverse order backlog of more than 3,500 airplanes. The company has said it expects to fulfil deliveries scheduled this year, and if necessary would provide about $1 billion in financing to customers.

Scott Hamilton, an aviation consultant and managing director of Leeham Co. in Issaquah, Wash., said the production changes simply reflected broad economic conditions, and that Boeing eventually may have to reduce building of its 737 as well.