The world’s longest serving and most versatile combat aircraft in military history will be available for participants to explore at The Sky’s No Limit – Girls Fly Too! free outreach event at the Abbotsford International Airport on March 11-12, 2017. The Boeing B-52 Stratofortress is a long-range, subsonic, jet-powered strategic bomber. The B-52 entered active service with the United States Air Force (USAF) in 1955 and is scheduled to continue as part of the USAF inventory through 2040. Out of 744 aircraft built, 76 remain in service.


February 6, 2017  By Achieve Anything Foundation 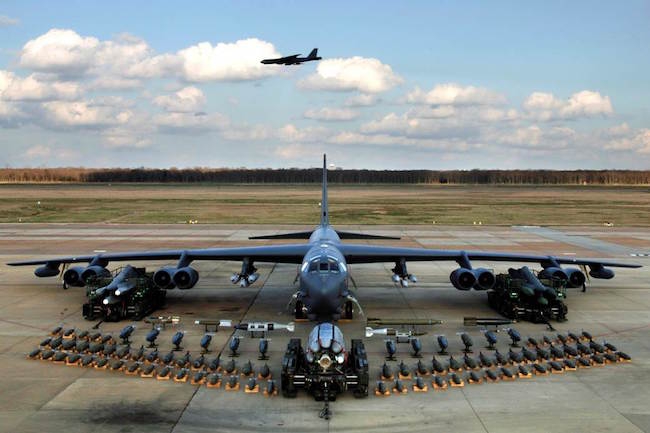 “The 307th Bomb Wing is looking forward to showcasing the Boeing B-52H Stratofortress aircraft and crew capabilities at such a unique, international diversity event” said Colonel Robert Burgess, Operations Group Commander, 307th Bomb Wing. “The primary mission of the 93rd Bomb Squadron that will be attending the event is to train B-52 aircrew to employ the B-52 in combat overseas.” He also adds, “An inclusive culture serves the Air Force mission in many ways; it creates a positive work environment that cultivates innovation, it is a foundation upon which we build strategic relationships, and it attracts diverse talent to serve the Air Force and the nation.”

“Boeing Vancouver, and the broader Boeing team in Canada are proud to support efforts like this that give females of all ages an opportunity to experience flight for the first time, and to see some of the world’s greatest aircraft first-hand,” said Kim Westenskow, general manager, Boeing Winnipeg. “Through these unique opportunities, we hope to inspire the next-generation to take to the skies and pursue careers in the aviation, aerospace or defence fields.”