Bombardier Commercial Aircraft has delivered the world's first dual-class, 86 seat turboprop aircraft to Philippine Airlines at its facility in Toronto, Canada, where the aircraft is manufactured. 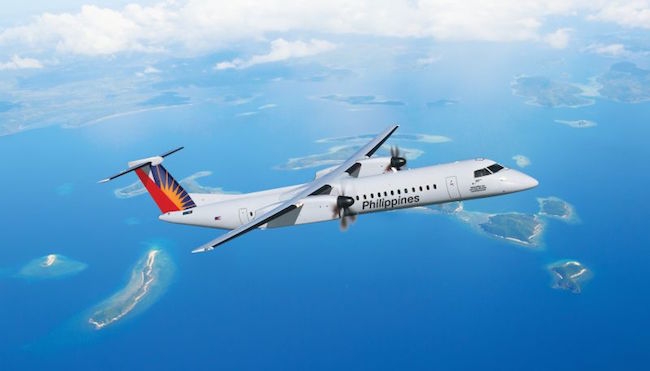 “We congratulate Philippine Airlines for taking delivery of the world’s first dual-class, 86-seat Q400 aircraft, and are confident that the airline will continue to benefit from the outstanding performance of Bombardier turboprops,” said Fred Cromer, President, Bombardier Commercial Aircraft. “This delivery is an example of how Bombardier’s Q400 is an ideal solution for airlines that require higher-performance and larger turboprops as they develop regional routes to meet increasing passenger demand. Bombardier is proud to have the only commercial turboprop available today to offer up to 90 seats.”

Philippine Airlines’ new Q400 aircraft is configured with 86 seats in economy and premium economy classes with a 29-inch and 33-inch seat pitch respectively. The aircraft delivered today is scheduled to enter into service in two weeks.

This milestone aircraft is part of Philippine Airlines’ purchase agreement announced on December 8, 2016 – which included a firm order for five Q400 aircraft and purchase rights for an additional seven. Following the exercise of the purchase rights announced at the 2017 International Paris Air Show, Philippine Airlines now has firm orders for 12 Q400 aircraft.