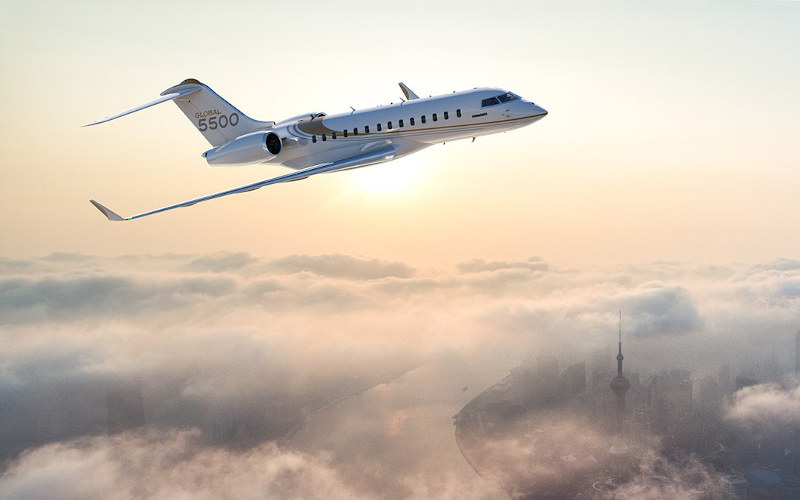 With a rate top speed of M 0.90, Global 5500 aircraft are completed at Bombardier’s site in Wichita, Kansas. (Photo: Bombardier)

“The first Global 5500 aircraft delivery is of particular significance for our employees in Wichita, who recently took on the meticulous work of interior completions for the Global 5000 and Global 5500 aircraft,” said David Coleal, president, Bombardier Aviation.

Bombardier noted its Wichita site’s history as the manufacturing centre of the Learjet. The site has been expanded over the years to include a modern service centre, as well as Flight Test Center and Specialized Aircraft operations. Completion work for the Global 5000 and 5500 aircraft cabins represent a new diversification for the site’s workforce.

The Global 5500 includes Bombardier’s patented Nuage seat, which the company describes as the first new seat architecture in business aviation in 30 years. In addition to its 5,900 nautical-mile range (10,928 kms), the business jet has a top speed of M 0.90 and, under the right conditions, can connect Sao Paulo to Paris or Los Angeles to Moscow non-stop