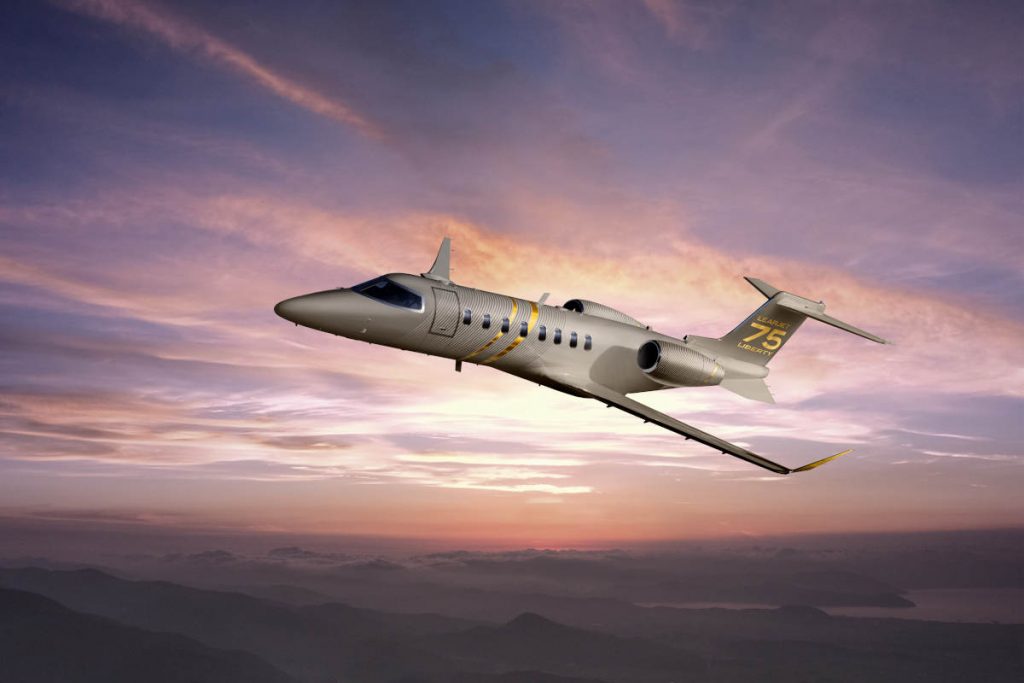 “This achievement would not have been possible without our highly skilled team members in Wichita, who are incredibly proud to be delivering the best Learjet yet,” said Peter Likoray, Senior Vice President, Sales and Marketing, New Aircraft, Bombardier Business Aircraft.

The Learjet 75 Liberty is built in Kansas, where the business jet brand was first developed. The new aircraft has a range of 2,080 nautical miles, which can connect Las Vegas to New York, Seattle to Washington, D.C., and Mexico City to San Francisco, nonstop.

Customers have the ability to choose between six- and eight-seat cabin configurations for the Learjet 75 Liberty. Bombardier explains the aircraft’s six-seat configuration features the segment’s only Executive Suite, where passengers can stretch out with nearly three feet (89 centimetres) of legroom. The company also points to the jet’s standard pocket door situated behind the cockpit as helping to deliver a quiet flight.

“Over the past 20 years, Learjet aircraft and Bombardier’s support teams have given me a 99.9 per cent dispatch reliability rate,” said Jack Lyon, president and CEO, Alex Lyon & Son. “And thanks to the speed of a Learjet, a late departure doesn’t prevent us from arriving on time, which has helped me run my business more efficiently.”

Established in 1950, Alex Lyon & Son Sales Managers and Auctioneers Inc. is described as the largest privately held auction company and sales manager in the world. This family-owned operation is located in Bridgeport, New York.