“It is the right next step in our transformation. The consolidation will simplify and better focus our organization on our leading brands, Global, Challenger, Learjet and the CRJ.” 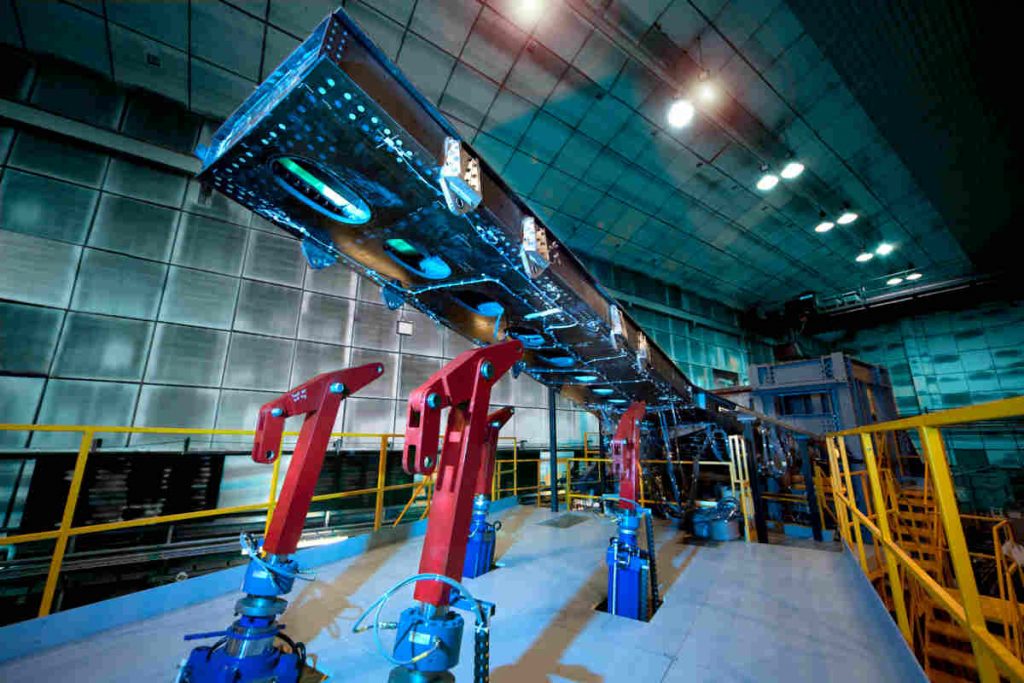 Bombardier’s aerostructures facility in Belfast, Ireland, played a critical role in wing manufacturing for the CSeries commercial aircraft, now controlled by Airbus as the A220 family. (Photo: Bombardier)

Bombardier on May 2, in releasing its financial results for the first quarter of 2019, unveiled plans to consolidate its aerospace assets into what the company describes as a single, streamlined, and fully integrated Bombardier Aviation business unit. The Montréal company currently operates four distinct business units, including Transportation (rail), Business Aircraft, Commercial Aircraft, and Aerostructures and Engineering Services.

As a result of this move, Bombardier also plans to sell its Belfast and Morocco aerostructures businesses in an effort to optimize its global manufacturing footprint. “It is the right next step in our transformation,” said Alain Bellemare, president and CEO, Bombardier, describing the formation of Bombardier Aviation. “The consolidation will simplify and better focus our organization on our leading brands, Global, Challenger, Learjet and the CRJ.”

Bellemare continues to explain the future vision for Bombardier Aviation will focus the company’s aerostructures activities around core capabilities in Montréal, Mexico and the recently acquired (February 6, 2019) Global 7500 wing operations in Texas. “Collectively, these facilities provide Bombardier with all the skills, technologies and capabilities to design, produce and service the current and next generation of aircraft,” he said.

Bombardier Aviation will be led by David Coleal, currently serving as president, Bombardier Business Aircraft, which is to become one of the company’s two operational pillars together with Bombardier Transportation – primarily focused on rail.

Q1 2019 financial results, Bombadier Inc.
Bombardier’s first quarter results, ended March 31, 2019, include revenues of approximately $3.5 billion, down 13 per cent from $4.0 billion generated in the corresponding period of 2018 (all dollar amounts were presented in U.S. funds). On a reported basis, EBIT was $684 million, a 240 per cent increase driven by, according to the company, a $516 million gain on the sale of its training business, which closed during the quarter.

Bombardier explains its consolidated revenue guidance for 2019 has been adjusted to reflect revised expectations at its Transportation and Commercial Aircraft operations. Full year revenues are expected to be approximately $17.0 billion, states Bombardier, around $1.0 billion lower than originally anticipated. Year over year, Bombardier explains the revised guidance represents approximately 10 per cent organic growth over 2018, excluding currency effects and divestitures.

The company continues to explain earnings expectations across its aerospace businesses are unchanged, but Transportation’s adjusted EBIT guidance is reduced by approximately $150 million for the year. “Despite the current industrial challenges we are facing, the business fundamentals at Bombardier Transportation remain very strong,” said Bellemare stated. “We have a refreshed product portfolio, a broad global customer base and a strong $34 billion backlog.” He continued to note it will take the company a few more quarters to complete “challenging legacy projects” in Transportation.

Q1 2019 financial results by business unit
Revenues for the Transportation unit in the first quarter of 2019 came in at approximately $2.1 billion, down around 11 per cent from Q1 2018, while order intake was also down around 30 per cent over the two corresponding periods. 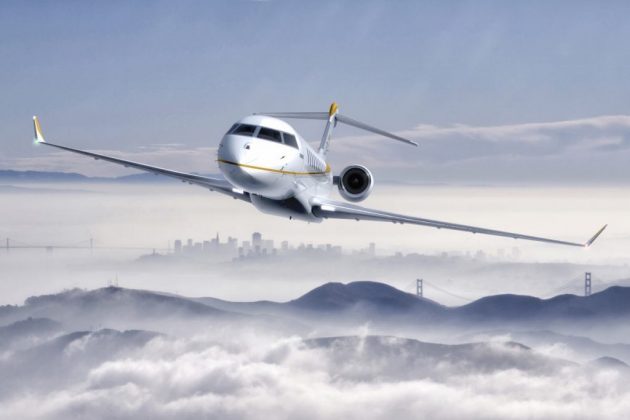 The Global 7500 in March 2019 added to its recent record-setting 8,152-nautical-mile flight, with new speeds set between Los Angeles and New Jersey; and then between New York and London, hitting Mach 0.925. (Photo: Bombardier)

Revenues in the Commercial Aircraft unit in the first quarter of 2019 were approximately $241 million, down approximately 48 per cent from Q1 2018 at approximately $463 million. This is largely the result of the deconsolidation of CSALP (Airbus’ July 2018 investment to take majority 51 per cent control of the CSeries program, now operating as the A220 program) starting in the third quarter of 2018, as well as lower deliveries – four aircraft in Q1 2019 versus eight in Q1 2018. Net orders for the Commercial Aircraft, however, grew to 16 units in Q1 2019 versus eight in Q1 2018. 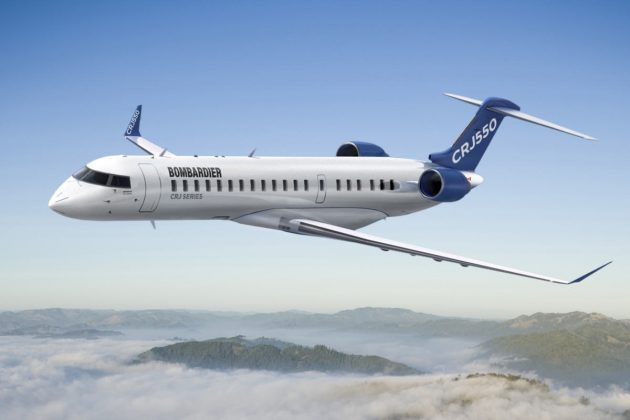 With the introduction of the CRJ550, Bombardier states the CRJ Series is the only family of regional aircraft that can offer 3-class cabin across all-market segments, while meeting the current operational requirements. (Photo: Bombardier)

During the quarter, Chorus Aviation finalized a firm purchase agreement for nine CRJ900 aircraft to be operated by Jazz Aviation LP, making them the first Canadian operator of the new ATMOSPHERE cabin. As well, Bombardier Commercial Aircraft launched the CRJ550 aircraft designed to replace the existing fleet of aging 50-seaters. United Airlines is the launch operator of this new model.

Revenues in the Aerostructures and Engineering Services unit in the first quarter of 2019 were approximately $470 million, up approximately five per cent from Q1 2018 at approximately $446 million. In noting this growth, the company points to the ramp up the Global 7500 and the A220 programs. Bombardier also notes external revenues in this unit increased year-over-year to 43 per cent of total revenues, as A220 components are now third-party sales.