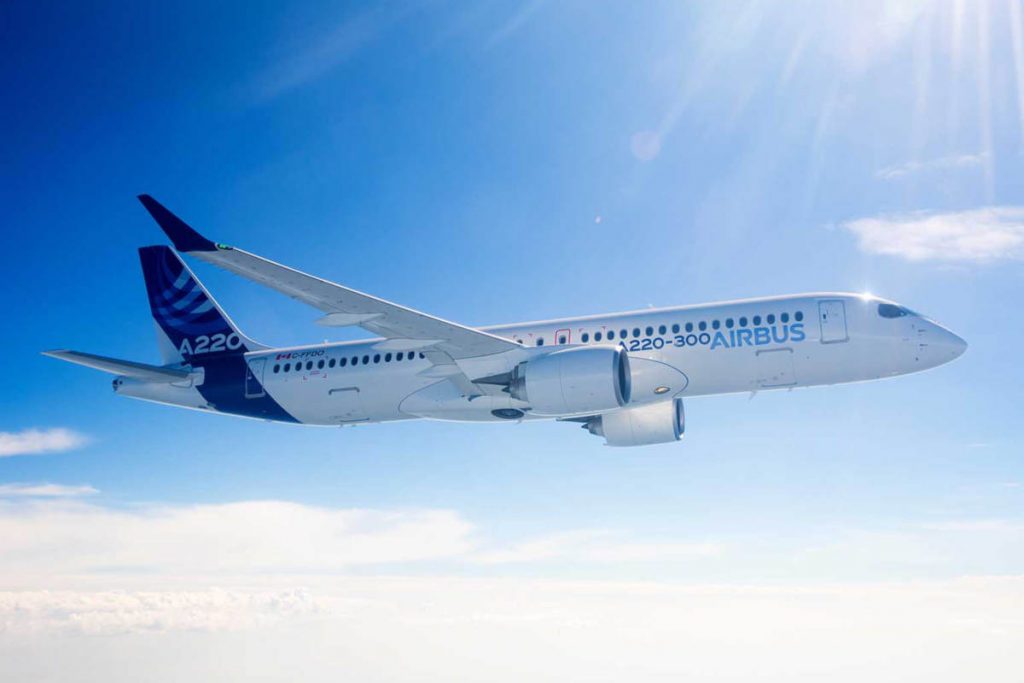 Bombardier will receive US$591 million, net of adjustments, of which US$531 million has already been received as a result of the closing. The remaining $60 million owed to Bombardier is to be paid over a period between 2020 and 2021. The Montreal company is also released of its future funding capital requirement to Airbus Canada, which is pegged as an investment of approximately US$700 million.

As a result of this agreement announced late yesterday, Bombardier has completed its exit from the commercial aerospace industry. On February 4, The Wall Street Journal reported that Bombardier is also in talks to sell its business-jet division to Textron Inc., citing sources familiar with the matter, who noted these talks have been ongoing for weeks but may not result in a deal.

Bombardier year-end
In releasing its fiscal year-end results today, Bombardier notes its complete exit from commercial aerospace will generate more than US$1.6 billion in cash proceeds and eliminate close to US$2 billion in liabilities and future commitments. This includes yesterday’s Airbus Canada divestiture, as well as the previous 2019 sale of its CRJ program to Mitsubishi Heavy Industries and the sale of its aerostructures business to Spirit AeroSystem, both of which are expected to close in the first half of 2020.

In releasing its 2019 fiscal year  results, Bombardier notes it is continuing to pursue more options that would allow it to accelerate deleveraging, but that it will not provide comment as the process is ongoing. Bombardier also reported today that its year-end business aircraft activities grew 8.5 per cent year over year.

The company’s overall Aviation segment grew two per cent year over year to US$7.5 billion in 2019 from $7.3 billion in 2018. The Aviation segment achieved 175 aircraft deliveries during the 2019 year, comprised of 54 Global, 76 Challenger, 12 Learjet, and 33 commercial aircraft. Bombardier notes its fourth quarter activity level was high, with deliveries reaching 52 business aircraft, including an acceleration with the Global 7500.

Bombardier Inc. overall saw its consolidated revenues for the 2019 fiscal year decrease by three per cent to US$15.8 billion from $16.2 billion last year. The company’s reported EBIT loss for the year of US$498 million includes a US$1.6 billion impairment charge related to the Airbus Canada investment. In describing the rationale for why it has completed exited the commercial segment, Bombardier states that in 2016, its commercial aerospace business lost approximately US$400 million and was consuming approximately US$1 billion in cash.

Bombardier commercial exit
Under Bombardier’s new agreement to sell its remaining interest in Airbus Canada, the Government of Québec’s larger stake is now redeemable by Airbus in 2026. This redemption of Québec’s shares was initially scheduled to be available to Airbus in 2023.

As part of the new transaction announced on February 12, Airbus has also acquired the A220 and A330 work package production capabilities from Bombardier in Saint-Laurent, Québec. These production activities will be operated in the Saint Laurent site by Stelia Aéronautique Saint Laurent Inc., a newly created subsidiary of Stelia Aerospace, which is a 100 per cent Airbus subsidiary. As a result, Bombardier states this secures 360 jobs in Québec.

Stelia Aéronautique Saint-Laurent will continue the production of the A220 cockpit and aft fuselage production, as well as A330 workpackages, for a transition period of approximately three years at the Saint-Laurent facility. A220 workpackages will then be transferred to the Stelia Aerospace site in Mirabel, Québec, where the A220 Final Assembly Line also located. Airbus states it will offer all current Bombardier employees working on the A220 and A330 work packages at Saint-Laurent opportunities around the A220 program’s ramp-up.

“This agreement with Bombardier and the Government of Québec demonstrates our support and commitment to the A220 and Airbus in Canada,” said Guillaume Faury, CEO, Airbus. “Furthermore, it extends our trustful partnership with the Government of Québec. This is good news for our customers and employees as well as for the Québec and Canadian aerospace industry.”

Airbus took majority ownership of Bombardier’s CSeries program, which Airbus subsequently renamed as the A220 program, on July 1, 2018. Since that time, total cumulative net orders for the aircraft have increased by 64 per cent to 658 units at the end of January 2020.

“This transaction supports our efforts to address our capital structure and completes our strategic exit from commercial aerospace,” said Alain Bellemare, president and CEO, Bombardier. “We are incredibly proud of the many achievements and tremendous impact Bombardier had on the commercial aviation industry.”

Bellemare continues to highlight the way in which Bombardier exited commercial aerospace, in terms of preserving jobs and reinforcing the aerospace cluster in Québec and Canada. “We are confident that the A220 program will enjoy a long and successful run under Airbus’ and the Government of Québec’s stewardship,” he said.