Bombardier Commercial Aircraft will celebrate the C Series aircraft's exceptional first year in service by showcasing airBaltic's brand new CS300 aircraft at the 2017 Paris International Airshow, at Le Bourget airport from June 19 to 25. In addition to the CS300, Bombardier will also be showcasing a Q400 in WestJet Encore colours. 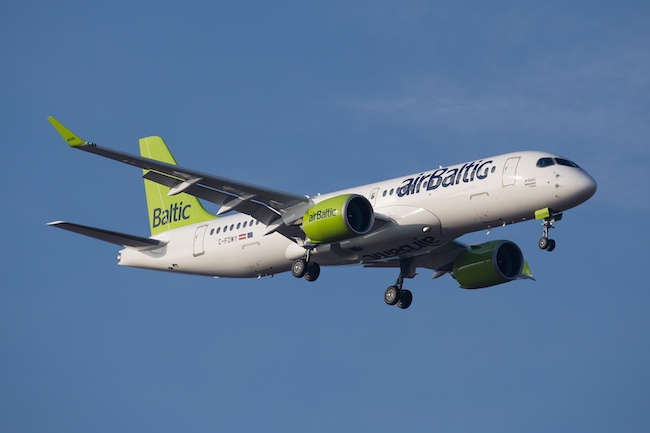 “We are very proud to bring a CS300 in a customer’s livery for the first time at an airshow. The C Series truly is a game changing aircraft and we are excited to be able to provide the opportunity for more people to see it for themselves at Paris,” said Fred Cromer, president, Bombardier Commercial Aircraft.

“This has been an exceptional year for the C Series aircraft program. The airline industry has been watching as the C Series has consistently delivered on all the things we said it would, and has surpassed even our own expectations,” said Cromer.

Almost a year ago, on July 15, 2016, Swiss International Airlines (SWISS) inaugurated CS100 aircraft revenue service, flying between Zurich and Paris/Charles de Gaulle. By the time of the Paris Air Show the overall C Series aircraft fleet in service will have conducted more than 8,000 flights carrying close to one million passengers.

WestJet Encore’s brand new Q400 showcased on static display will soon be integrated to the airline’s fleet. This Canadian airline has booked orders for 45 Q400 aircraft that are already offering unmatched performance and great operational flexibility.

The airBaltic CS300 airliner and the WestJet Encore Q400 turboprop will both be located in the aircraft static display near the Bombardier chalet located at #282.