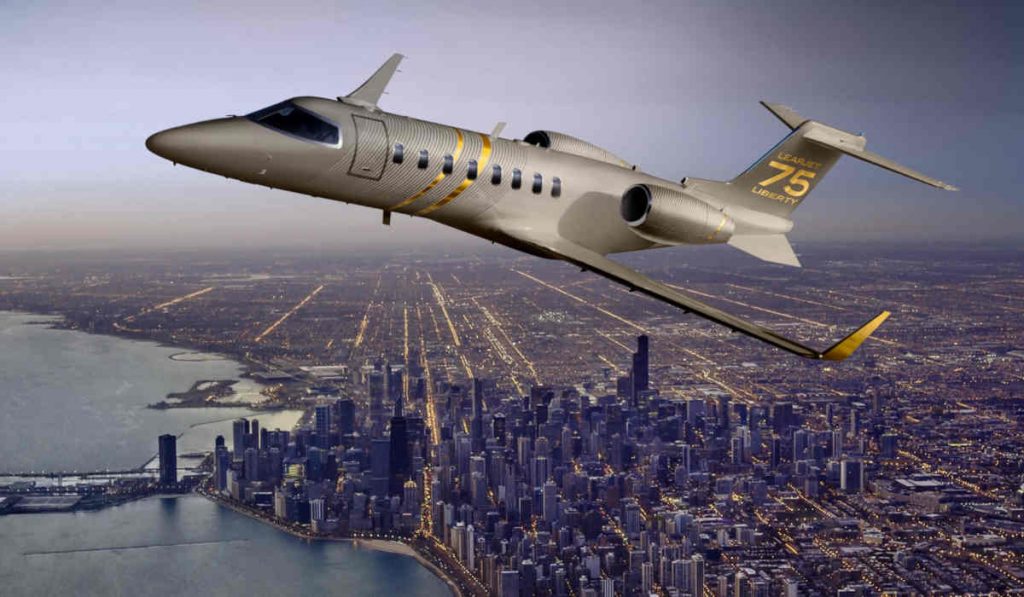 As part of its current focus on business aviation, Bombardier unveiled its Learjet 75 Liberty in July 2019 with plans for it to enter service in 2020. (Photo: Bombardier)

Bombardier reached a definitive agreement to sell significant components of its aerostructures business to Spirit AeroSystems Holding Inc., based in Wichita, Kansas. This includes Bombardier’s aerostructures activities and aftermarket services operations in Belfast, UK, and Casablanca, Morocco; and its aerostructures maintenance, repair and overhaul (MRO) facility in Dallas, Texas, for a cash consideration of US$500 million (all dollar amounts are in U.S. figures), plus the assumption of liabilities with a total carrying value in excess of $700 million, including government refundable advances and pension obligations.

With the earlier sale of several other aviation assets, including the CRJ, Q400 and training activities, the Montreal company’s Aviation division will now focus on business aircraft like the Global, Challenger and Learjet families, as well as what Bombardier describes as a core aerostructures footprint in Montreal, Mexico and its Global 7500 wing operations in Texas.

Following the transaction, Spirit will continue to supply structural aircraft components and spare parts to support the production and in-service fleet of Bombardier Aviation’s Learjet, Challenger and Global aircraft.

Bombardier notes the Spirit transaction will also strengthen its liquidity as it moves toward what the company describes as its deleveraging phase of the turnaround. “This transaction represents another strategic milestone in the reshaping of our portfolio to focus on our strong business aircraft and rail franchises,” said Alain Bellemare, president and CEO, Bombardier Inc.

A day prior to announcing its pending aerostructures sale, expected to close in the fourth quarter of 2020, Bombardier released its 2019 third quarter results. This included revenues of $3.7 billion (remaining financial figures are presented in Canadian dollars, unless otherwise noted), an increase of two per cent relative to the third quarter of 2018. Revenues for the first nine months of the current fiscal year were reported as approximately $11.6 billion, a decrease of three per cent relative to the same period in 2018.

In the third quarter of 2019, Bombardier reached 31 business aircraft deliveries, which is the same number achieved in the third quarter of 2018, as well as six CRJ commercial aircraft deliveries, relative to five in Q3 2018. In June 2019, Bombardier reached a deal to sell its CRJ program to Mitsubishi Heavy Industries for approximately US$550 million, plus the assumption of liabilities amounting to approximately US$200 million.

Bombardier had a business aircraft order backlog of $15.3 billion as of the third quarter of 2019, which represents a seven per cent increase relative to the Q3 2018 backlog of $14.3 billion.