News
British Airways aims to use waste for jet fuel 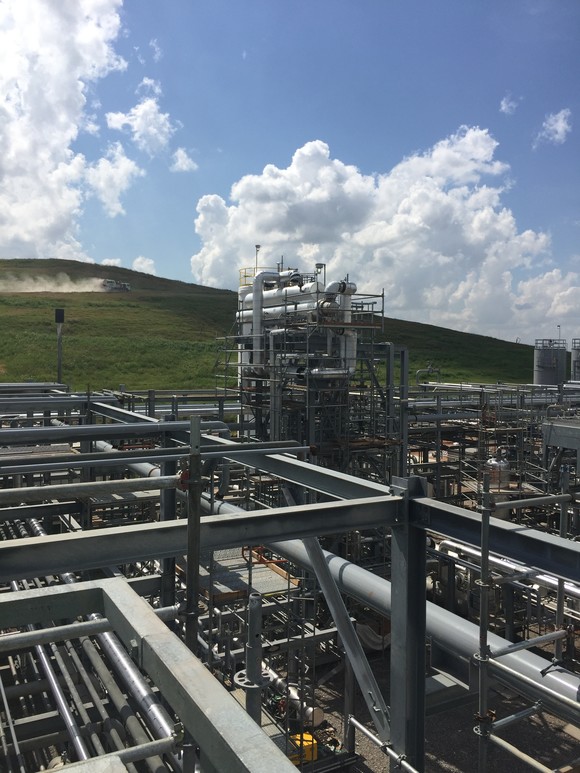 Velocys Oklahoma plant 1. IAG plans to invest a total of $400 million on alternative sustainable fuel development over the next 20 years. (Photo: British Airways)

British Airways states it is one step closer to powering its future fleet with sustainable jet fuel made from waste, as plans have been submitted to develop Europe’s first household and commercial solid waste to sustainable fuels plant.

Altalto Immingham Limited, a subsidiary of renewable fuels company Velocys and a collaboration with British Airways and Shell, has submitted a planning application to develop the site in Immingham, North East Lincolnshire, close to the Humber Estuary.

The proposed plant would take over half-a-million tonnes each year of non-recyclable everyday household and commercial solid waste destined for landfill or incineration such as meal pack-aging, nappies and takeaway coffee cups and, according to British Airways, convert it into cleaner burning sustainable aviation fuel.

British Airways explains the technology, built by Velocys, will reduce greenhouse gas emissions by 70 per cent for every tonne of sustainable jet fuel that replaces a tonne of conventional fossil fuel – equivalent to taking up to 40,000 cars per year off the road.

British Airways intends to purchase jet fuel produced at the plant for use in its aircraft. The carrier states this is an important step in the reduction of the airline’s carbon emissions towards the industry targets of carbon neutral growth from 2020 and a 50 per cent reduction by 2050 from 2005 levels.

The fuel will also improve air quality with up to 90 per cent reduction in soot from aircraft engine exhausts and almost 100 per cent reduction in sulphur oxides; and the technology offers a lower emissions route to process UK waste than incineration or landfill. British Airways ex-plains the development is also anticipated to bring hundreds of millions of pounds of investment, hundreds of jobs during construction and approximately 130 permanent jobs to the region.

“The submission of the planning application marks a major milestone in this project and we are delighted with the progress being made,” said Alex Cruz, British Airways Chairman and CEO. “Sustainable fuels can be a game changer for aviation which will help power our aircraft for years to come.”

British Airways’ collaboration with Velocys was first announced in September 2017 and is part of the airline’s plans to develop long-term, sustainable fuel options and find solutions to help reduce aviation emissions, which contribute two per cent of CO2 emissions globally.

“This is a fantastic step forward for the project. We strongly welcomed the inclusion of sustainable aviation fuels into the renewable transport fuels policy framework and call on government to continue to provide support given the significant near-term opportunities offered by these fuels,” said Jonathon Counsell, head of sustainability at International Airlines Group (IAG), British Airways’ parent company. “Specifically, we strongly believe a dedicated Office for Sustainable Aviation Fuels will provide the essential cross-government co-ordination necessary to progress the development and commercial deployment of sustainable aviation fuel and would welcome government support in setting this up at the earliest opportunity.”