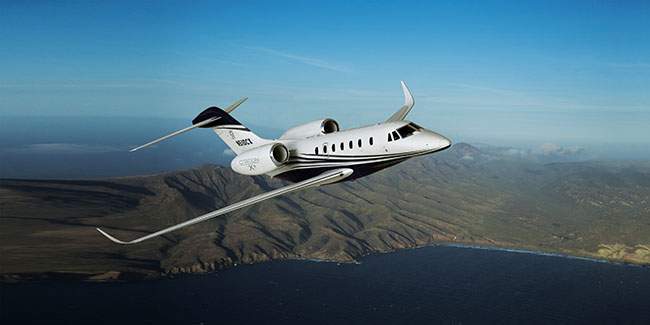 The worst time to find out you are not inline with CRA policy is when you’re under audit. PHOTO: Cessna Citation X1, from Textron

The Canada Revenue Agency’s (CRA) previous position on taxable benefits associated with the personal use of business aircraft was cancelled in 2012. Since then, the absence of a clearly articulated policy was the source of much concern throughout business aviation, especially following CRA’s initiation of a national audit project in 2015. This led to some owners selling their aircraft, as well as the postponement, or even cancellation, of planned acquisitions.

Thanks in no small part to the tenacity of the Canadian Business Aviation Association, the CRA finally released its new policy on March 7, 2018. (An overview of this policy can be found in WINGS May/June 2018 issue). So, what have we learned over the last year under the new policy?

RELATED: CRA’s new policy on personal use of business jets

Unfortunately, the new policy has not achieved as much as was hoped for to restore predictability. Not surprisingly, at a recent tax conference the CRA acknowledged that the new policy is only aimed at providing general guidelines and does not cover all scenarios. CRA auditors still have a wide latitude of discretion in these files. This is especially troubling given that while these audits are often aggressive, auditors generally have limited experience with, or understanding of, business aviation. Moreover, they continue to view corporate aircraft through the same lens as corporate yachts and condos, perceiving them to be a luxury rather than a business tool.

It remains to be seen whether Revenue Quebec will follow the CRA’s approach, but it is clear that provincial auditors have a similarly broad scope of discretion. This is underscored in the most recent provincial internal interpretation, released shortly after the new federal policy, which suggests the expense of using an aircraft over less expensive alternatives might only be deductible if there is a demonstrable urgency for such use (such as a minimum travel distance of 200 kilometers each way).

In the fall of 2018, the federal government introduced an accelerated tax depreciation proposal which should be of interest to owners of business aircraft. This measure will not increase the aggregate amount of depreciation that may be written off, nor is it as generous as depreciation measures applicable in the U.S., but it effectively permits a first-year deduction that is three times higher than that which previously applied. As such, this may provide an incentive for new aircraft acquisitions.

On another note, I have frequently heard some owners muse about registering their aircraft in the U.S. in order to circumvent Canadian tax rules. This is generally inadvisable as it achieves nothing for tax purposes while creating unwanted complications for aircraft ownership and operation.

The new policy will generally be manageable with proper planning and advice, however, it is strongly recommended that aircraft owners be adequately prepared in anticipation of a CRA audit. Best practices include the following:

Offering the aircraft for external charter use could provide a crucial and necessary offset for personal flying hours, especially where business-use hours are relatively insufficient.

Steven Sitcoff is a tax lawyer with Spiegel Sohmer of Montreal. He can be reached at SSitcoff@spiegelsohmer.com.