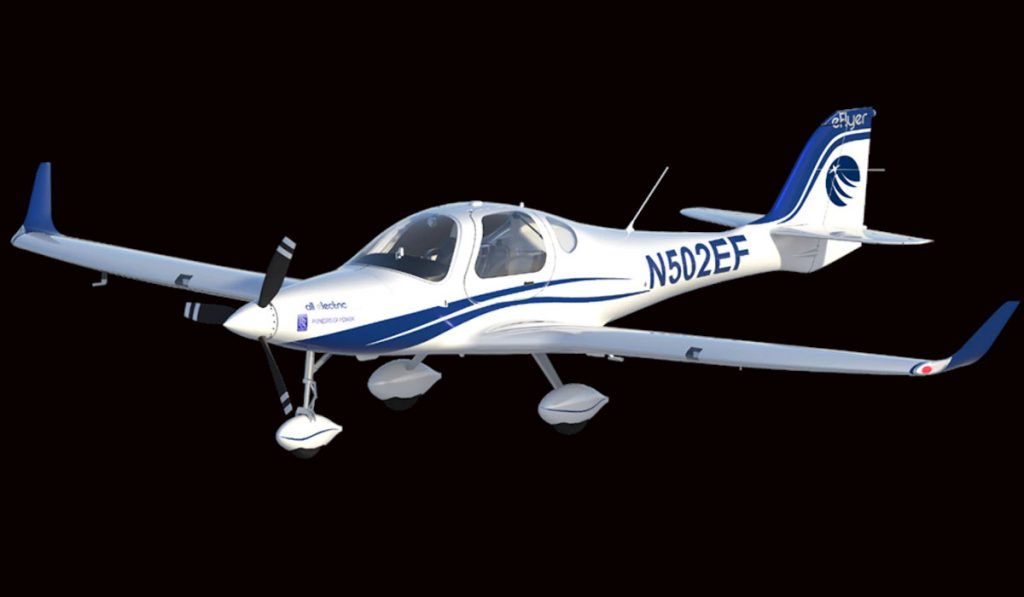 Bye Aerospace on June 2 announced it is nearing completion of the design phase for its two-seat eFlyer 2 aircraft. Based in Englewood, Colorado, the company is developing its all-electric eFlyer family of aircraft, including the eFlyer 2 and 4-seat eFlyer 4, to serve the flight training and general aviation markets.

Bye Aerospace is now approaching the Critical Design Review (CDR) phase as a major program milestone for the eFlyer 2. This multi-disciplined technical review is done to ensure that each eFlyer 2 primary system can proceed into fabrication, demonstration and testing. The CDR review, explains Bye Aerospace, also meets the FAA 14 CFR 23 Amendment 64 certification standards and performance requirements within the eFlyer 2 cost, schedule and safety criteria.

“I’m grateful to our remarkable team of engineers, designated engineering representatives, our development partners and suppliers for their support in the engineering progress of eFlyer 2,” said George Bye, CEO of Bye Aerospace. “This important upcoming aviation industry milestone is a reflection of the team’s incredible dedication and hard work.”

Back on March 30, 2020, Bye Aerospace also announced its two-seat eFlyer 2 will be integrated with a suite of electric-specific Garmin G3X Touch avionics. “We are working closely with Garmin to produce the safest, most reliable and most innovative electric pilot training aircraft ever produced,” said Bye. Garmin is supplying the full VFR to IFR instrument capability, ADAHRS, GPS, transponders and standby instruments for the aircraft. 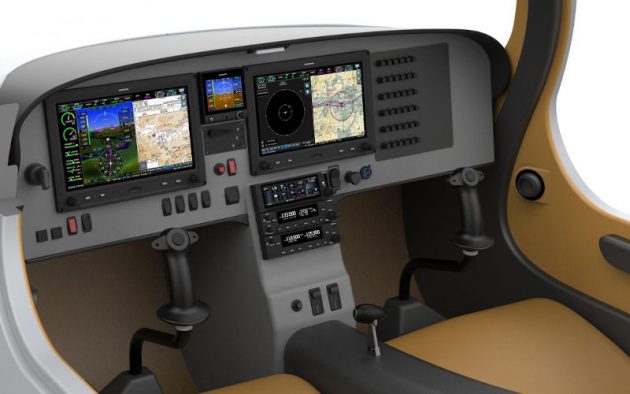 An existing California-based flight school customer added a purchase deposit for one eFlyer and an agreement for another eFlyer deposit is to be made later this year. A flying club also made a purchase deposit for an eFlyer 2 to add to its aircraft portfolio. In addition, a purchase deposit agreement was signed for a mix of 10 eFlyer 2s and 10 eFlyer 4s for a new aviation entity with plans for putting eFlyers to use in industry. This new company also selected Bye Aerospace for a multi-engine requirement, reserving two units with purchase deposits of a future all-electric six to nine-seat airplane.

“My sincere thanks to our customers for their commitment to the future of electric aviation beyond the near-term impact of these uncertain times,” Bye said. “We continue to look to a bright future ahead.”