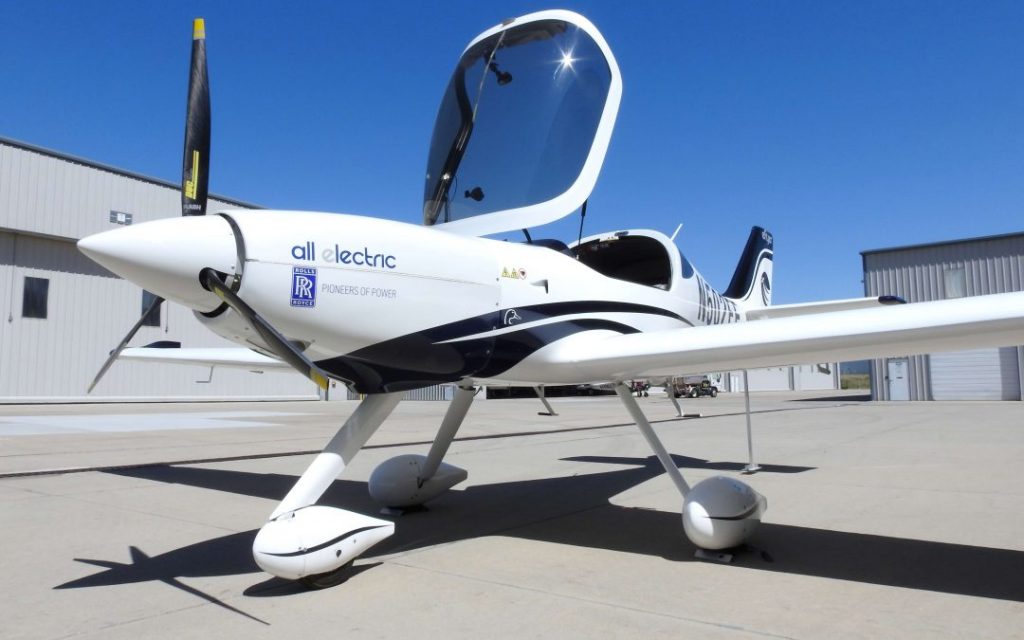 Bye Aerospace, developer of the eFlyer family of all-electric aircraft, and Safran Electrical & Power reached what they describe as a Cooperation Agreement to equip the eFlyer 2 and eFlyer 4 aircraft with Safran’s ENGINeUS electric motors.

Bye Aerospace is continuing its path for FAA certification of the two-seat, all-electric eFlyer 2, which will target professional flight training, and the four-seat eFlyer 4, aimed at air-taxi and advanced training uses.

Bye Aerospace states its current and future families of electric aircraft will feature no
CO2 emissions, decreased noise, and five-fold lower operating costs. Bye Aerospace estimates the eFlyer will eliminate the release of millions of metric tons of CO2 each year for flight training alone.

Safran’s ENGINeUS product line includes a range of electric motors with power outputs from single digit to 500 kW. The ENGINeUS 100 line that will equip eFlyer 2 and eFlyer 4 features what Safran describes as fully integrated motor controller. The thermal management of the engine line is provided by an optimized air-cooling system, to be jointly integrated by Safran and Bye Aerospace into the aircraft structure.

“Bye Aerospace has concluded that Safran’s ENGINeUS 100 smart electric motor is the optimal production solution to meet the requirements of our rigorous FAA and EASA certification schedules for eFlyer 2 and eFlyer 4,” said George Bye, CEO of Bye Aerospace. “Our list of future eFlyer purchase agreements, currently at 711 units, continues to grow, and we must continue forward at a high-tempo pace to meet the demands of aviation enthusiasts worldwide who have been waiting years for all-electric airplanes to come to market.”

Safran Electrical & Power, with 12,200 employees across 13 different countries, is a key player in the development of equipment electrification, as well as electric and hybrid propulsion.

“Safran is extremely proud to collaborate with Bye Aerospace, which has developed a strong vision for the future of electrical flights, from the eFlyer 2 and eFlyer 4 to the commuters and regional airplanes,” said Hervé Blanc, Executive Vice President & General Manager of the Power division at Safran Electrical & Power.